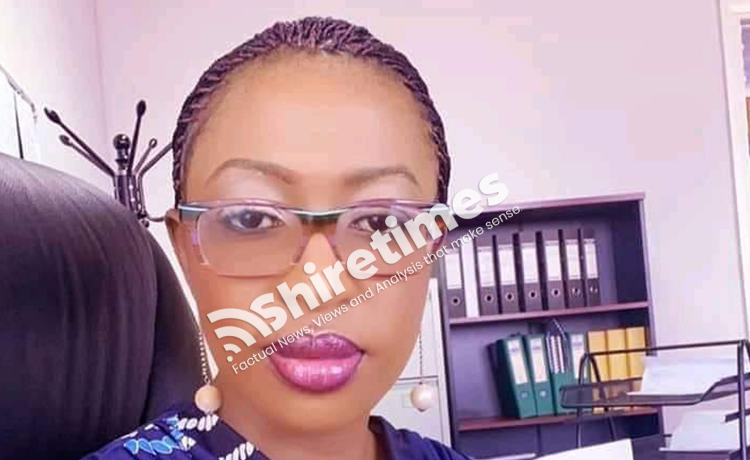 BLANTYRE-Ombudsman Grace Malera launched a fresh investigation into the alleged irregularities in the recruitment of Hellen Buluma as Deputy Chief Executive Officer of the parastatal organization, National Oil Company of Malawi (Nocma).

The probe, which also seeks to investigate the presence of Secretary to the President and Cabinet (SPC) as the parastatal’s board chairperson, is a follow up to efforts by her predecessor Martha Chizuma, now at the Anti- Corruption Bureau (ACB) as director general.

Ombudsman had received a complaint on alleged conflict of interest arising from the SPC—currently held by Zanga- ZangaChikhosi—being Nocma’s board chairperson.

It was argued that the SPC’s Nocma board chairmanship is not voted for, but is imposed by government, leaving decisions of Nocma to be primarily influenced by the decisions of government through the SPC; hence, conflict of interest.

The presence of SPC at the government owned organization was also criticized for making it difficult for the Malawi Energy Regulatory Authority (MERA) to effectively regulate Nocma.

On Buluma, the letter cited two complaints against the deputy CEO that the current Ombudsman confirmed her office has re-launched investigations into.

The first complaint alleges that Buluma’s recruitment as Nocma deputy chief executive officer was irregular because the position does not exist in the company’s organogram, which means there was no vacancy.

It also alleges that no interviews were conducted for the post, further claiming that Buluma was handpicked for the job by the previous Peter Mutharika administration.

The second complaint accuses Buluma of abusing her power in suspending four Nocma employees for allegedly leading other workers to sign a letter that was to be submitted to the board against Buluma’s leadership style.

Another complaint came from Fuel Tankers Operators Association who found Nocma’s decision as irregular to use Delivery Duty Unpaid (DDU) method of importing fuel, claiming this method is not part of regulations.

In its fresh letter dated November 9 2021 the Ombudsman has given Nocma December 1 [yesterday] as deadline for the responses.

Malera said the fresh probe is based on complaints sent to the office of the Ombudsman early this year, but had not been fully attended to due to “technicalities.”

“The Office of the Ombudsman is pursuing these issues concurrently while at the same time treating them as distinct issues and, therefore, being handled through different, but concurrent investigative processes”.

“A follow up letter has since been written to Nocma deputy CEO to demand responses on allegations outlined in the first letter, except for one allegation, which ACB is also looking into and we discussed and agreed with ACB that their criminal investigations into the matter should take precedence,” she said as reported by The Nation.

For Buluma, the re-opening of the probes come on top of another revealed by Weekend Nation on Saturday, in which the Ombudsman is investigating her on allegations that she abused her office in hiring extra security detail contrary to her entitlement.

She has up to today to respond to this particular issue.