The Senior Resident Magistrate in Zomba has sentenced 51-year-old Christopher Kanongola to 14 years imprisonment for defiling and abducting a 13 year old girl.

Kanongola, a former security guard at Police Primary School in Zomba, committed the offence on September 11at the school when the girl had gone for evening studies where convict defiled the girl.

On 13 September, the guard was also caught with the girl at his house in Sadzi where community members tipped law enforcers that the convict was keeping the girl in his house.

When he appeared before Senior Resident Magistrate Jones Masula, the convict prayed for a lenient sentence, arguing he was a first offender.

However, Masula slapped him with a 14 year imprisonment for defilement and another six year custodial sentence for child abduction, where the sentences will run concurrently.

The court session was held at Sadzi to give an opportunity to communities to bear witness to the court ruling as part of activities to mark 16 days of activism against Gender Based Violence. 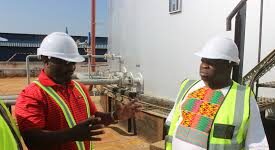