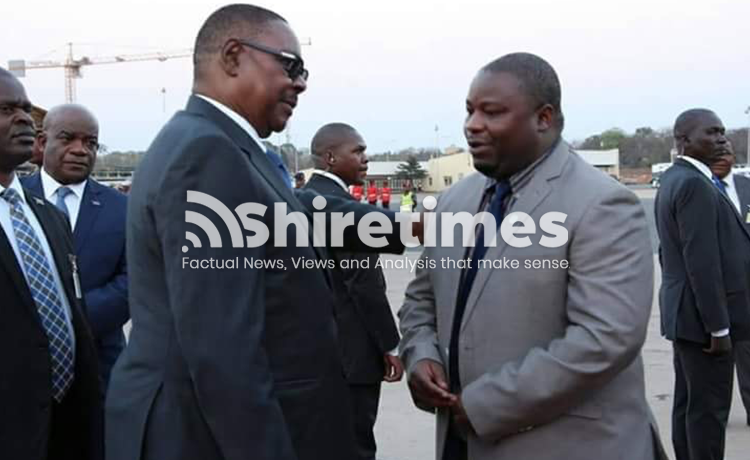 Nine days ahead of a court battle in which the dismissed Kondwani Nakhumwa, Greselder Jeffery and two other were to face off the Democratic Progressive Party (DPP) leadership, the party has recoiled and retreated from the battle by revoking the dismissals of the embattled members.

The letters, which have been signed by DPP’s administrative secretary, Francis Mphepo, have since been issued to the four officials who have also been reinstated to their positions in the party.

“I refer to the letter dated 2nd October 2020 communicating the decision of the resolution of the central executive committee to expel you from the party. I am now pleased to advise that the central committee has resolved to rescind the said decision of expelling you from the party. You are hereby informed that you are welcome back into the party as a full member of the party and to your original position…”, the letters read in part.

The committee reached the decision at a meeting which took place at the party president Peter Mutharika’s retirement home in Mangochi in October last year.

Mediation process which attempted to resolve the wrangle collapsed in April this year resulting into the High Court Judge, Kenyatta Nyirenda, before whom the matter was brought for mediation to refer the case for full trial which was expected to commence on 25th August (9 days from today).

The four are yet to respond to the letters but they have indicated to the Press that they “will sit down, think about it and respond accordingly”. “What we want is an early convention and they want us to ignore that. I don’t think we will give in to that”, Nthenda said in a comment.