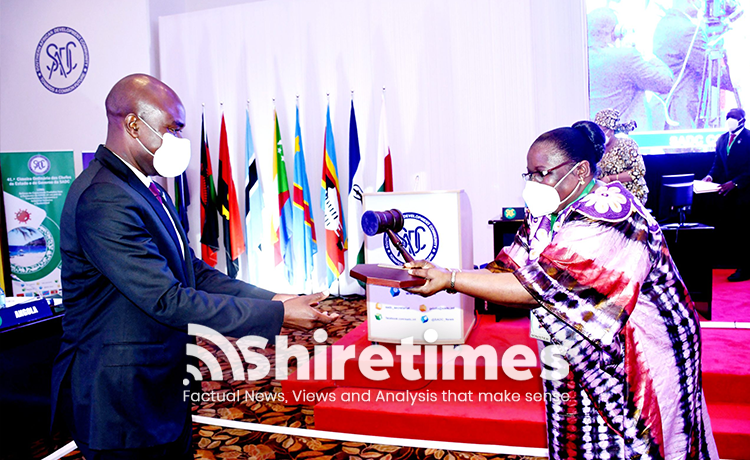 South African Development Community (SADC) Heads of States and Governments have started jetting into Malawi today following the conclusion of agenda-setting for their 41st summit scheduled to begin this week in Lilongwe.

The SADC Council of Ministers, which was chaired by Malawi’s Minister of Foreign Affairs, Eisenhower Mkaka, met on Saturday and concluded the setting of the agenda making everything ready for the three-day summit to kick start on 17th August and conclude on 19th August.

“The overarching mission and goal of SADC is regional integration, including industrialization, infrastructure development, social and human development as well as peace and security”, Mkaka said at the conclusion of the council’s assembly.

“Let me acknowledge that leaders will also talk about hunger as there are pockets of hunger in the region. But the good news is that many countries in the SADC region have surplus harvests and the affected countries will be cartered for by the recorded surplus”, he added.

The regional summit, which will be held under the theme of “Bolstering Productive Capacities in the Face of Covid-19 Pandemic for Inclusive, Sustainable Economic and Industrial Transformation”, has drawn about 400 delegates from members states.

The Ministry of Foreign Affairs has announced that Botswana President Mokgweetsi Eric Masisi has arrived in the country at 07:50 hrs followed by South African President, Cyril Ramaphosa, who arrived at 08:30 hrs.imbabwe’s Emmerson Mnangagwa is expected to land at 2:00 pm while the Mozambique President, Filipe Jacninto Nyuse, who is the outgoing SADC Chair Person is expected to land at 3:45 pm. Other Heads of States and Governments’ arrival, including that of Zambia’s Head of State where there is new President-Elect, is yet to be communicated.