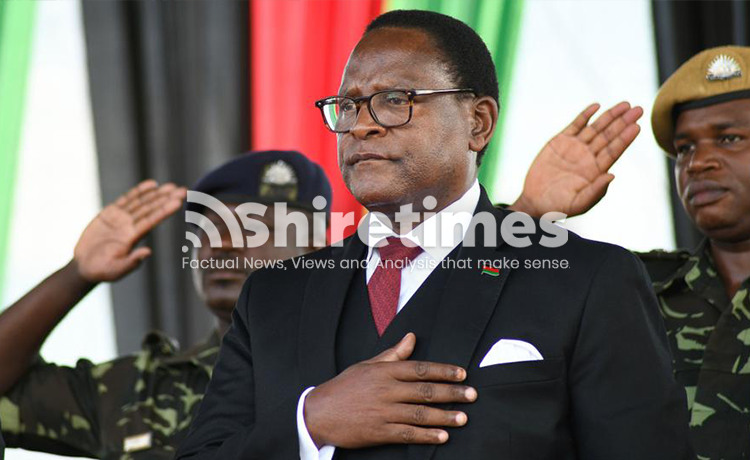 Imagine that you’re an entrepreneur. For every MK100 you earn, you spend MK78 to service loans in both interest and principal, leaving you with only MK22 to cater for other expenses. This, however, turns out to be a meager balance to sufficiently meet your operational demands. Simply put, you are not earning enough to satisfy your expenses. What would you do? Any intelligent entrepreneur would either cut expenses or increase revenue while taking the initiative to pay off the loans as a matter of priority.

While that sounds theoretical, it was a 2020 projection by the International Monetary Fund (IMF) that Malawi’s debt would stock to 78 percent of the country’s GDP as of 2021. The figure was reached at by comparing the fiscal behavior for the past 5 years since DPP took leadership.

Malawi’s GDP stands at MK9.6 trillion yet its public debt has been at a steady increase for the past 5 years to about MK4.8 trillion as of 2021. This represents about 50 percent of the country’s total wealth and 430 percent of 2021/2022 project revenue basket. This means Malawi’s total revenue is more than four times lower than its debts. But how did we get here?

When Dr. Joyce Banda lost elections to the DPP in 2014, she had managed to lower the debt ratio to GDP from 41% in 2012 to 36%. By 2015 the debt stock has skyrocketed to 39% and a hideous 55% in 2016. The increase was in respect to an increase in the budgetary deficit as the government lacked sufficient funds for development. Though one would have to be reserved to claim that was really development. It was rather for minute investments, operational expenses and mammoth looting. DPP is reported to have looted approximately MK1 Trillion, that amount alone could have lowered the debt burden. While they were preoccupied with fattening their personal bank accounts, they had no care whatsoever to develop policies to at least improve revenue generation.

Borrowing in itself is not the greatest concern. In any circumstances, any intelligent investor borrows to invest. That is to increase revenue gains. So it matters less how much the country can borrow but how much it invests in economic interventions. The dilemma the DPP put the country at was borrowing to munch. Though they would indicate in their budget allocation how much is dedicated for what, they did not spend the money for the right purpose. It ended in their stomachs.

By 2019, Malawi’s debt to GDP escalated to about 59%. Put differently, there were more debts in the country than Netwealth when the revenue was barely around MK1.3 Trillion, representing about 20% of the total debts. At that pace, assuming borrowing had halted, it would have taken Malawi approximately 5 years to clear off the debts.

The Leadership of Dr. Lazarus Chakwera found itself in debts and Covid-19 pandemic, and the revenue performance was subdued. The government was therefore left with no choice but to borrow more as which equally resulted into deficit in the 2021/2022 budget. Just to re-emphasize, borrowing is not a stringent economic challenge so long as the debt is challenged to boost economic activities. For example, as of 2020, American economy had debts of up to $26.70 trillion while its GDP was $20.93 trillion, sternly showing it had more debts than Netwealth.

The difference between American scenario and the Malawi scenario, however, is that in the former, the funds are allocated to developmental activities while in the latter the funds ended in the DPP elites’ pockets.

But all is not lost for Malawi. In the period of one year during his leadership, President Chakwera has enacted and demonstrated policies to remedy the problem and gain some quick wins which have enabled the country to reach the current 50 percent ratio of debt to GDP.

This is 9 percent lower than the all-time high of 59 percent for the past 5 years. Further, what is more important is how the money borrowed in the Chakwera administration has been used. It has been channeled to investments such as the AIP and NEEF programs to mention a few to increase productivity and national output.

Together with policies such as 20 percent tax on betting, exclusive procurement order for SME’s which have encouraged remittances and intolerance to corruption, the economy has witnessed a positive growth. The Malawi Revenue Authority reports that it has collected about MK1,108 Trillion against the projected MK1.079 beating the target by MK29 Billion. With more policies such as Tax-free week, duty free on importation of raw materials for manufacturing (in some value chains), more revenue will be collected and concurrently lower imports of some items.

While DPP munched on the tiny bit of Malawi’s economy, the Chakwera administration is closing holes and punishing the looters while increasing revenue gains and cutting unnecessary expenses. Recently the President has, through the central bank, started buying precious minerals from small scale miners with an intention of formally structuring a commission to control the industry that would make mining one of Malawi’s GDP booster.