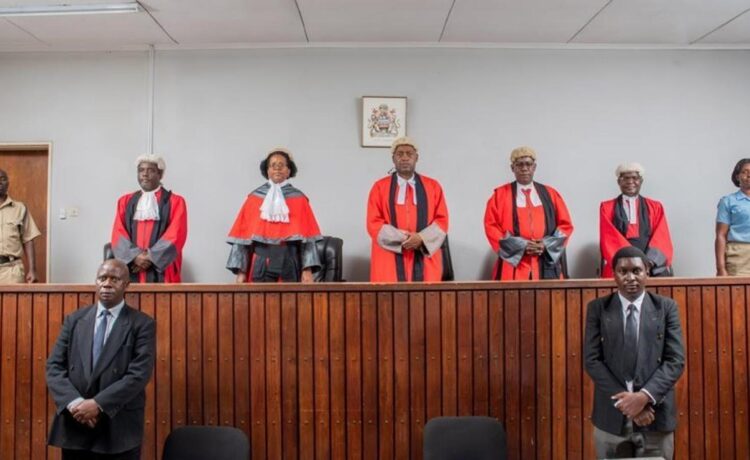 Pressure is mounting on High Court Judge, Jack N’riva, to deliver judgment on the first-ever 2019 election petition in Mangochi Monkey-Bay constituency, the delay of which has made certain quarters of the society suspect skullduggery.

This was the first election petition to have been deposited to the High Court of Malawi following the chaotically managed Jane Ansah 2019 tripartite elections. The catchword here is that this was the first-ever election petition to have been made to our courts even before Dr. Chilima and Dr. Chakwera thought of taking their matter to court. The Mangochi-Monkey bay election petition by the then Malawi Congress Party (MCP) Gerald Kazembe challenged the election of the Democratic Progressive Party (DPP) sponsored candidate Ralph Jooma, arguing the election was replete with irregularities such that its final outcome would not be considered as representing the will of the citizens of the Monkey-Bay constituency.

Other cases after already decided

Following Kazembe’s petition, the court was flooded by other election petitions, one in Phalombe, two in Mangochi, and one involving three candidates from Nsanje and Chikwawa. As we all know, High Court Judge(s) who were presiding over these cases, expeditiously released their judgments. Fresh elections were ordered and conducted such that those constituencies, today, have genuine representation in Parliament.

However, despite other Judges expeditiously disposing of their election petitions; the one under Judge N’riva is yet to be set down for Judgment.  It has been learnt that the final submissions took place a few months ago and the delay has caused some to suspect fishy business.

“The election petition before the Judge already has binding legal authority, the Supreme Court decision. Moreover, there are plenty of other Judgments on similar recent cases in the High Court thereby making it simple to release the Judgment quickly. Maybe the Judge wants to utilize the entire 90 days. This is peculiar nevertheless let us have patience” said the expert.

Time Limits for Delivery of judgments in the High Court

Order 16 of the High Court (Civil Procedure) rules, 2017, stipulates that the Judge has 90 days to deliver the judgment. The rule, Order 16, Rule 9, states as follows:

“9.―(1) The Court shall deliver its judgment within 90 days from the last date the parties in a trial file written submissions. (2) Where the Court has not delivered its judgment under sub-rule (1), the judge who conducted the trial shall―(a) within 14 days of the expiry of the period in sub-rule (1) set down the proceeding for mention; (b) provide reasons to the parties for the failure to deliver the judgment; (c) fix a date, within 30 days from the expiry of the period in sub-rule (1) for delivery of the judgment, with appropriate directions for such delivery of the judgment.”

Efforts to talk to the Registrar of the High Court did not succeed as we went to press.