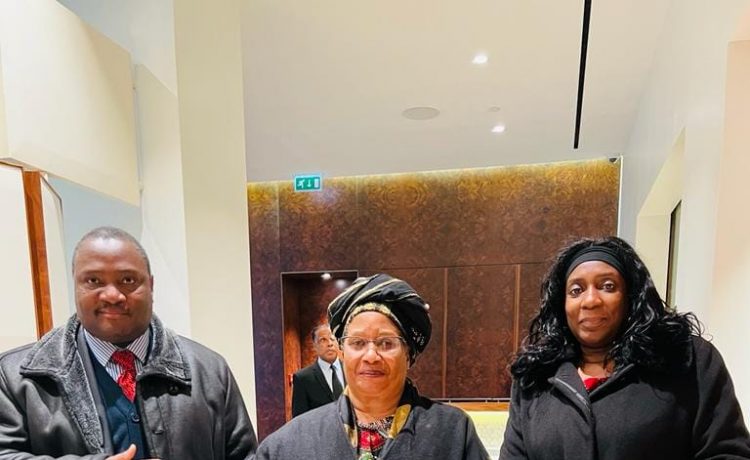 Former Malawi President Joyce Banda arrived in London on Saturday on delegated mission by President Lazarus Chakwera to attend the funeral of Her Majesty Queen Elizabeth, the Second.

“I am here on behalf of His Excellency the President of Malawi to join all Commonwealth leaders and other thousands of leaders that have arrived to honor Her Majesty Queen Elizabeth II,” wrote Banda on her Facebook page.

Upon her arrival in London, Dr. Joyce Banda was welcomed by Malawi’s High Commissioner to London, Dr. Thomas Bisika in the company of his deputy, Madam Justice Agnes Patemba.

In a separate interview, Commissioner Bisika said the Former President will lead the Malawi delegation to the State funeral of the late Queen Elizabeth, the second.

“This morning, Madam Deputy High Commissioner and I had the honor to welcome Her Excellency, Dr. Joyce Banda, Former President of the Republic of Malawi, to the United Kingdom where she will lead the Malawi delegation to the State funeral of Her late Majesty Queen Elizabeth II. She will be accompanied by Hon. Gospel Kazako, Minister of Information and Digitalization, and Dr. Janet Banda SC, Deputy Secretary to the office of President and Cabinet.” Said Bisika

Her Majesty Queen Elizabeth II died on September 8 at the age of 96 and will be laid to rest on September 19, 2022.