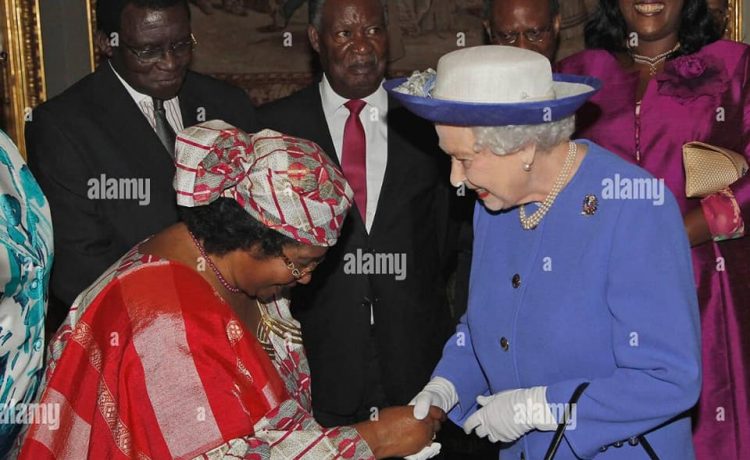 The Malawi leader Lazarus Chakwera, who is in the United States for the United Nations General Assembly has delegated the former President Joyce Banda to represent him during the burial ceremony of Queen Elizabeth in London at Westminster Abbey on Monday next week.

In a statement, Deputy Secretary to the President and Cabinet, Janet Banda, stated that Chakwera himself is one who has assigned Joyce Banda to represent him and the nation at large.

Meanwhile, Joyce Banda in her tribute described queen Elizabeth as ‘intriguing’ and “instrumental in building the commonwealth and holding it together.”

“In 2012, I was invited to attend the Commonwealth Heads of Government summit in the UK. I was meeting Queen Elizabeth II personally for the first time. Those of us who grew up in the 50s found the queen intriguing. Her photos were hanging in some of our homes like we hang Presidents’ portraits now.”

“There are many who are trying to downplay her legacy. But for me, I will celebrate her because she became queen in 1952 when most countries were colonies and it was during her reign that all countries of Africa gained independence. She was also instrumental in building the commonwealth and holding it together.”

Meanwhile, London has declined a request for Zimbabwe’s President Mnangagwa from attending the funeral citing a poor human rights record by the regime.