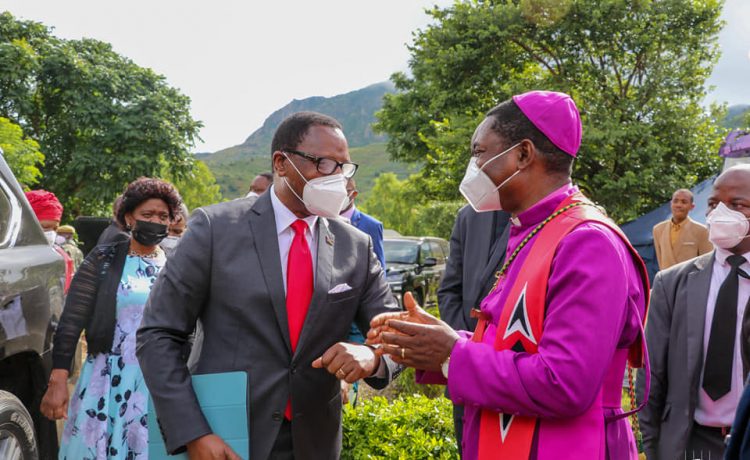 President Lazarus Chakwera has said that the country needs committed personalities–including church leaders–to partner with if its dream of turning socio-economic tables is to be realized.

Chakwera said in Blantyre on Sunday after attending a church service of worship at Charismatic Redeemed Ministries International (CRMI) headquarters in Ndirande Township in the country’s commercial capital.

He described CRMI founder Archbishop Mark Kambalazaza as “a visionary church cleric” who has shown commitment to work with the government in the development of the country.

“The country’s aspirations as outlined in Malawi2063, require all Malawians to join hands, and Archbishop Kambalazaza has already the zeal to have the vision realized,” Chakwera said.

In his remarks, earlier, Kambalazaza said Malawians needed to be proactive in affairs of national development and stop pointing fingers at their leaders all the time.

“We should stop complaining and insulting the country’s leadership all the time but start believing that development is possible if all people work hard,” Kambalazaza said.

During the function, Chakwera donated K1 million to the church.