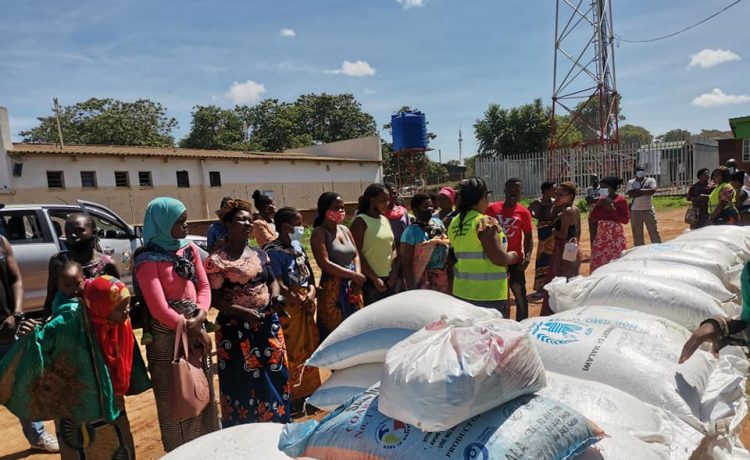 As the country continues to receive heavy rains that are causing havoc in some districts, the Department of Disaster Management Affairs (DODMA) has come to the rescue of 381 disaster affected households in Lilongwe District by providing relief items to assist them return to normal livelihood.

The beneficiaries were affected by heavy rains associated by strong winds that hit the district on Saturday, January 8, 2022.

Speaking on Monday when he visited some of the displaced people camping at Group Village Head Mwanamanga in Traditional Authority Kalolo in Lilongwe, Principal Secretary and Commissioner for DODMA, Charles Kalemba, described the disaster as very critical, saying the majority of the affected are women, including expectant ones and also children.

Kalemba said: “DODMA will ensure that all affected households in the district receive survival packages which include maize, beans and also non-food items like kitchen utensils, plastic papers and housing units.”

Meanwhile DODMA recently also disclosed that about 16 thousand households have been affected by various natural disasters since July last year.

According to spokesperson for DODMA Chipiliro Khamula Khamula, during the period, 33 people have lost their lives due to natural disasters.