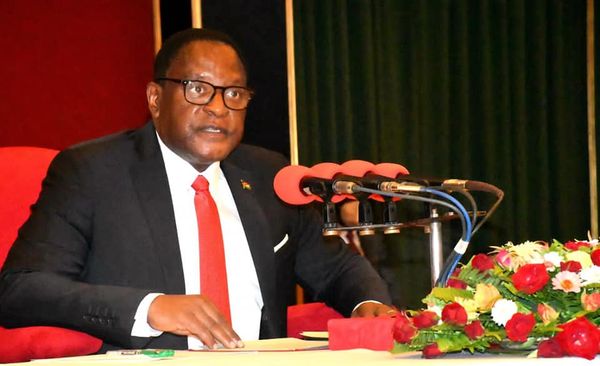 Acknowledging media reports that Zuneth Sattar, a Malawian by birth but a British citizen and businessman suspected of corrupting top officials in Malawi’s government, is being prosecuted in the United Kingdom, Malawi President Lazarus Chakwera said he will respect the legal process but added that he will not shield any government official here in Malawi who will be charged with any offence from making executive decisions vis-à-vis positions.

Dr. Saulos Chilima, the Vice President of the Republic, Prince Kapondam’gaga, the State House Chief of Staff, former Solicitor General Ryneck Matemba, the Inspector General of Police, George Kainja, and others were named in a report by the National Crimes Agency (NCA) of the United Kingdom as some of the top government officials Sattar bribed in order to get contracts that were used as a conduit to siphon resources from Malawians.

The President, on the other hand, claimed that he is bound in his decision-making by the Republic’s Constitution, which requires him to adhere to values such as considering an accused individual as innocent unless proven guilty by a competent court. The accused must also be given a chance to be heard, but the President has stated that if they are legitimately charged with an offense by our courts, he will not hesitate to act in the same manner as others who have gone before them.

For starters, when government officials, such as former Minister of Lands Kezzie Msukwa, have been detained and charged with a crime, the President’s regular procedure has been to terminate them.

“So since by Law the Director-General of ACB is supposed to submit to the President and the Minister of Justice a report on the general conduct of the affairs of the Bureau, and considering that this matter is of high national interest, I would expect that a specific report on this issue be made available within 21 days to allow my office and the country to be appraised, as Malawians have every right to know the extent of the whole thing and the actions that will be taken on it,” said Chakwera.

Because the vice presidency in Malawi is not an appointed but an elected position, it remains to be seen what the President would do with his vice if he is arrested by the ACB for the corruption allegations that have come from the United Kingdom.

According to claims from a UK court, Zuneth Sattar is accused of bribing top government officials in order to obtain contracts in which he was overcharging and therefore stealing from Malawi, one of the world’s least developed countries.