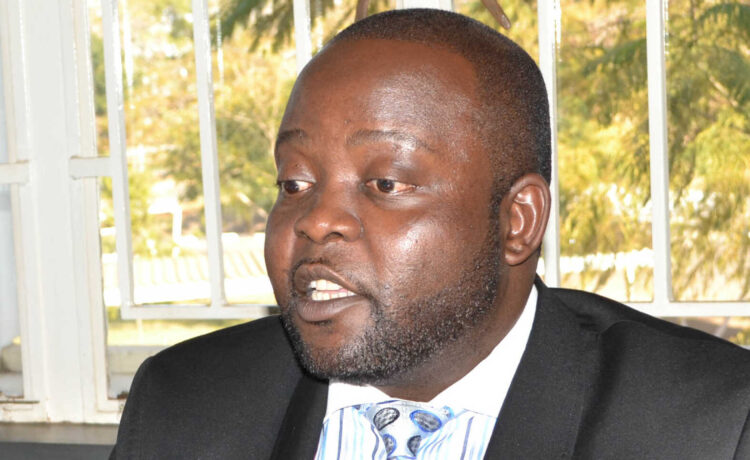 This photo dated September 18, 2021 shows former budget director, Paul Mphwiyo in Lilongwe. His default judgement awarding him claims of withheld salaries and benefits has been challenged by the new Attorney General and the hearing of the challenge is set for 4th October 2021. (AP Photo/Shire Times)
0Share

Former Government Budget Director and gun-shot survivor, Paul Mphwiyo, approached the Industrial Relations Court (IRC) this year to claim salaries and benefits that government withheld from him since November 2014.

He was reportedly granted his requested after cutting corners. The former Attorney General, Chikosa Silungwe, informed Mphwiyo’s application through his advice which stated that interdiction of public officers without pay is illegal. Mphwiyo’s application which avoided government’s defense by cutting some corners of mandatory time frames resulted into the IRC entering a default judgement in favour of Mphwiyo.

Mphwiyo was struck off the government payroll following his interdiction from work which occurred on 5th November 2014 after been arrested on 18th October 2014 alongside his wife, Thandie, on charges of money laundering, theft and conspiracy to defeat the course of justice.

He was accused of being on a center stage of Cashgate saga which exploded in September 2013 and resulted into a series of arrests of senior civil servants and private entrepreneurs who were found to be actors and accessories in the crime.

From his set of charges, Mphwiyo was specifically accused of fraud involving K2.4 billion. He was implicated as a mastermind behind the money looting and laundering scheme that saw K20 billion evaporating from the public purse into the looters’ pockets.

The first to mention him was the then Director of Public Prosecution Mary Kachale whose sworn statement mentioned Mphwiyo as the mastermind of the K20 billion Cashgate. She made the statement in August 2015 when she was prosecuting Mphwiyo. In the same case, Leonard Kalonga, who testified after been convicted of charges relating to the same Cashgate scandal in which he was involved when he was an Assistant Director of Tourism at the Ministry of Tourism, also named Mphwiyo as the main architect and in-charge of the Cashgate scandal operations that occurred.

Following the Attorney General’s application, the IRC has since set the 4th October as the date when both parties will have to appear before it for the hearing of the challenge.