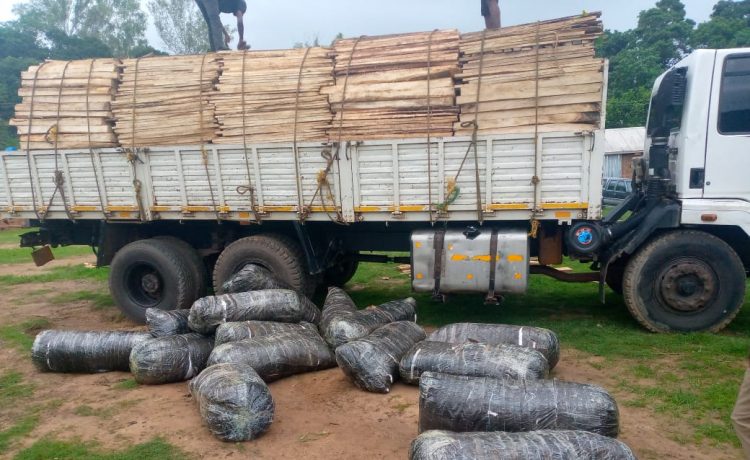 Police in Nkhata Bay District have arrested three men for allegedly being found in possession of 16 bags of Cannabis Sativa (Chamba) reportedly to be on transit to Blantyre.

According to Nkhata Bay Police spokesperson, Sergeant Kondwani James, on January 30, 2022, police in the district received a tip from well-wishers about a certain lorry registration number MJ 8704 Ashok Leyland which was loaded with some plunks from Vizara Estate and had concealed some suspicious sealed bags.

Following the tip, the men in uniform found the aforementioned vehicle and managed to arrest the suspects who tactically loaded 16 bags of suspected Cannabis Sativa which were covered with some plunks.

All of them work with Pallet Kings Company as driver, labourer and watchman respectively.

Police have since charged them with the offence of being found in possession of Cannabis Sativa contrary to regulation 4(a) as read with section 19 of Dangerous Drug Act and they will appear in court soon.

Meanwhile, police in the district commend members of the community for the support towards ending crime through provision of information.

They further encourage people in the country to keep on providing important information which may help in dealing with crime.