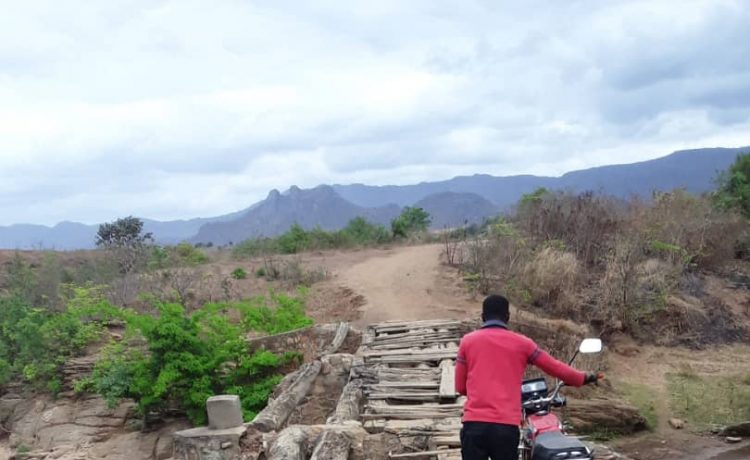 Two Traditional Authorities (TAs) in Mwanza district have called on government to construct an all-weather Bondo bridge along the Mwanza river in order to save people’s lives.

In an interview, Inkosi Kanduku and TA Nthache described the six meters deep bridge that was washed away in 2015 by heavy rains as a death trap.

The Inkosi further said the damaged bridge has so far killed about four people.

“As a traditional leader, I am not amused with the slow attention that the bridge in question is getting. It connects two Constituencies, Mwanza Central and Mwanza West respectively but our Members of Parliament have neglected it for so long hence asking government to bail us out before the rainy season begins,” Inkosi Kanduku said.

His counterpart TA Nthache who concurred with Kanduku said the bridge in question has made life unbearable to Thawale Secondary and Thambala primary schools’ learners and patients who seek medical attention at Njanjama clinic and Tulonkhondo health centre.

He said: “We are worried that the bridge is not yet repaired. We have lost group village headman Thambala, two kabaza operators and a woman on that bridge.

“On top of that, learners and patients struggle to cross the bridge when going to school and health facilities, ambulances cannot cross either. If the Council’s development funds have failed, let the Lazarus Chakwera administration construct the bridge to save lives”.

However, in an interview, Mwanza West Legislator Joyce Chitsulo (Democratic Progressive Party) assured the people that plans to construct the bridge are under way.

She said: “Since the bridge connects two Constituencies, I have liaised with Honourable Dausi to share the costs. To that effect, I have written the District Commissioner (DC) Malango Botomani to divert funds under Constituency Development Fund (CDF) for the construction of Thetula school block to Bondo timber bridge which will cost K8.5 million.

In a separate interview, Mwanza Central Parliamentarian who served as a Cabinet Minister in the DPP government Nicholas Dausi (DPP) while concurring with Chitsulo said the reconstrution of the bridge should be temporary.

“It is true that that bridge has been in bad state for so long. There is need for government through Ministry of Works to construct an all weather and durable bridge to avoid further loss of lives. But that bridge might cost about K100 million which any development fund cannot do hence the call to government to do the job,” he said.

In an interview, Mwanza District Commissioner, Malango Botomani, confirmed that her office is indeed processing the request Chitsulo presented to her office through a letter dated October 14 2021 to transfer CDF funds for a classroom project to the construction of Bondo bridge.