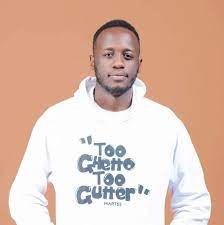 Richard Chimwendo Banda, Minister of Youth and Sports, who represented President Lazarus Chakwera at the funeral of hip-hop artist Martin Nkhata, better known by his stage name “Martse,” has ordered the Malawi Police Service to launch an investigation into the rapper’s death.

The Minister delivered his eulogy at Civil Stadium in Lilongwe in front of a large crowd of the fallen musician’s fans who had gathered to pay their last respects.

Martse died of terrible burns when the house caught fire, according to family spokeswoman Uchizi Nkhata, who spoke earlier. If the murmurings from the crowd were any indication, the explanation was not persuasive.

Martse took a holiday in Monkeybay, Mangochi, according to Nkhata. He went on to explain that he awoke in the early hours of May 21, 2022, and walked to the living room to charge his phone. According to him, a fire broke out in the house, and Martse and the other persons inside managed to escape. Martse then decided to return to the house, according to Uchizi, and it was at this point that he was burned on half of his body.

Chimwendo said in his address that the explanation does not make sense, and he asked the police to conduct an inquiry and report to the nation on what actually happened to cause the hip-hop musicians to be burned.

Thousands of people from all walks of life came to pay their respects to the fallen superstar in a display of unity. Government ministers, Vice President’s spouse, Mary Chilima, and opposition leader Kondwani Nankhumwa were among those present.