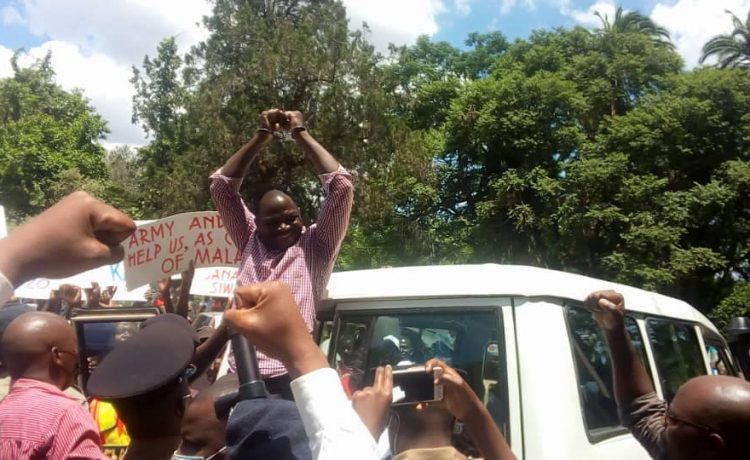 BLANTYRE-Politician-cum-comedian Boni Kalindo has been re-arrested just minutes after he was granted bail today.

It is alleged that Kalindo committed other offences during the Lilongwe demonstrations which include malicious damage to property.

According to reports, he has since been moved to Lilongwe.

Zomba Chief Resident Magistrate, Austin Banda, granted Kalindo bail in a case he accused of publishing a false statement contrary to Section 60 (1) of the Penal Code.

The court heard that whilst addressing a crowd gathered for demonstrations in Mangochi last Thursday, Kalindo published a false statement to the effect that former deputy Speaker, the late Clement Chiwaya, was killed at Parliament Building in Lilongwe.

The defense lawyer, Gilbert Khonyongwa, asked the Court to grant Kalindo bail citing that he is not a flight risk as he is a businessman who trades in vehicles, entertainment industry as well as a family man with a wife and three children.

Kalindo’s bail conditions included a cash bond of K200 000, surrendering passports to police, report to Lilongwe police every fortnight, one surerity with non-cash bond of K500 000.