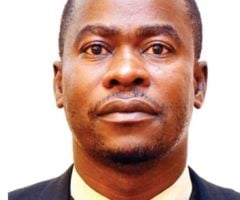 Alexander Kusamba Dzonzi: Went to a wrong court and came back empty-handed.
0Share

A 51 year-old Alexander Kusamba Dzonzi has been exposed to double agony after being kicked below the belt in a court battle that he waged against Electricity Supply Corporation of Malawi (ESCOM).

A Court ruling from the Industrial Relations Court (IRC) Lilongwe registry indicates that on 10th February 2022, Dzonzi (a former MCP Parliamentarian for Dowa West) took a case to the IRC, seeking an order to stop ESCOM from proceeding with recruiting one Kamkwamba Kumwenda as ESCOM’s Chief Executive Officer (CEO), arguing that ESCOM’s board acted unfairly towards him and breached procedure.

According to the IRC ruling which Shire Times has seen, Dzonzi claimed that he merged number one on the interviews outcome beating all participating candidates including a 56 year-old Kumwenda who was eventually appointed to be CEO of the power supply parastatal.

In its ruling, the IRC dismissed Dzonsi’s claim saying he approached a wrong court since he is not an employee of ESCOM to claim unfair labour practice grievances which could be heard by the IRC.

“This matter does not fall within the jurisdiction of this Court as it has no element of a labour or employment related dispute. The Applicant is not yet an employee of the Respondent and cannot claim rights such as the right to fair and safe labour practice that accrue to employees. This Court is of the view that the proper way of bringing this matter before the Court should have been by way of judicial review of the Respond Board’s decision…” reads the ruling in part.

The IRC further indicated that even if Mr. Dzonzi was to seek judicial review, his case, as submitted to the IRC, lacked substance to be entertained; “Further to that, even if this Court is held to have jurisdiction over this matter, there is no evidence that the Applicant emerged top and Mr. Kamkwamba Kumwenda came second from the interviews that were held for the position of the Respond’s Chief Executive Officer”.

As if to demonstrate that the IRC was gravely mistaken in its declaration, a leakage of purported outcome of the interviews has occurred in which best three performers out of the total of six interviewees indicate that Mr. Alexander Kusamba Dzonzi emerged top scorer with 79.77% followed by Mr. Kamkwamba Kumwenda and Ms. Evelyn Mwapasa who scored 78.00% and 72.59% respectively. The authenticity of this purported ESCOM report, however, could not be established at the time of going to publication as it was not bearing any signature and attempts to verify with ESCOM officials had not yet materialized.

Mr. Dzonzi and Mr. Kumwenda have work experiences of 23 years and 31 years respectively. 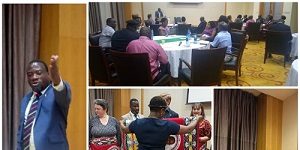