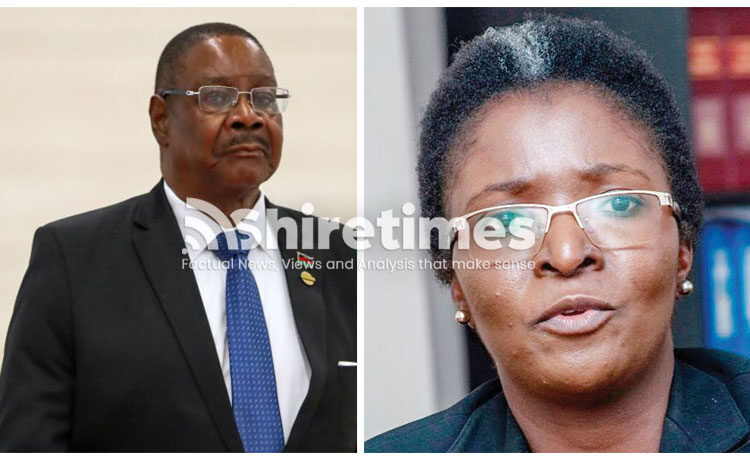 While news making rounds that former president Arthur Peter Mutharika has rejected an interview with ACB is certainly regrettable, all things considered, it is not all that surprising. To the keen observer, this was bound to happen. Events over the past two weeks were building up to this eventuality. Not only has he passed over the interview, he is now reportedly sick.

To appreciate this current state of events, let us take a few steps back: to about two weeks ago: ACB had planned to interview APM at his residence in Mangochi from the 20th of July 2020. And just before this day, some misguided souls started spreading a malicious rumour that president Chakwera had ordered the ACB director to arrest APM, the former Head of State. This was later on established to be pre-emptive psyche warfare that was aimed at swaying public opinion in APMs favour by creating a narrative of his unjust political persecution at the behest of the current president. Fortunately, the public saw through the ruse and nobody, with the right frame of mind, bought this storyline.

In predictable turn of events, following the failure of this initial plan, APM requested that the interview be delayed to afford him enough time to study the documents related to the interview. ACB duly granted his request and the interview was shifted to the 27th of July 2020. More drama was to follow through. And when the appointed day finally dawned upon humanity what did APM do? He writes a letter to ACB flat-out refusing to be interviewed!

Frankly speaking, based on this hide-and-seek attitude from our guy, it’s very difficult not to suspect him of playing fast and loose with ACB.

In his letter, he has refused to be interviewed on two grounds as follows: 1) Since none of the past presidents have not been questioned on how their TPINs were used or abused, it’s unfair to question only him. And 2) That he has not been told of the charges that have been preferred against him.

Before I dwell on these two grounds, allow me to say something about his general claim that this is a political witch-hunt. Far from it, this cannot be a witch-hunt. It is on record that his TPIN was abused by several of his top aides. Somewhere around 2020, when investigative journalist dropped the bombshell that APMs TPIN was being abused, he went straight for his defence. He sent Mgeme Kalirani, the then Presidential Press Secretary, to douse the fire. Kalirani argued that APM was operating within the law and entitled to import goods, for personal use, duty-free. Never mind that the goods in question was cement worth billions of Kwachas imported duty free. Some months after Kalirani’s presser, one Linda Salanjila signed a statement on behalf of APM, wherein APM feigned ignorance of the cement transaction & usage of his TPIN. How, against this background, his blush with ACB is now a witch-hunt beats my understanding.

Now back to his official excuses . . .

Let’s start with the most near unreasonable one: his call to have all former presidents interrogated too. To a shallow mind, this is a very appealing argument. But to the discerning mind, this is a lame excuse. APM being an accused person, does not have the right or power to direct a prosecuting authority on who to question, arrest, charge and subsequently prosecute. That power rests with the authority alone. The authority is at liberty to charge one individual and let go the other even where the two had conspired and eventually executed a joint criminal enterprise. Thus, our guy is misguided here. His position is untenable at law.

With reference to the specific details of his issue, it can be said a follows: a) at the moment, the ACB is interested in him and not the other former presidents. ACB is well within its powers to do so. As regards why ACB is not interested in Joyce Banda or Bakili Muluzi we can only speculate. b) it’s possible that ACB already investigated the other former presidents’ TPIN usage and found nothing suggestive of wrong doing. Either way one looks at this excuse, it doesn’t make any sense whatsoever.

His second ground now: That since he doesn’t know his charges, therefore the scheduled interview is out of order. Such a sorry statement from a purported law professor. If such were the case, prosecuting authorities would eternally have a difficult time building tangible cases against suspected wrong doers because under such an arrangement it would be impossible to interrogate innocent bystanders who witnessed the commission of a crime.

Truth is, to be questioned or interviewed by law enforcement agents one does not necessarily have to be charged with a criminal offence first. Possession of relevant knowledge related to a criminal activity under investigation, wherein the same is necessary for the prosecution’s case against other suspects, is enough to make one a person of interest to a law enforcement agent. Where this is the case, all the prosecuting agent has to do is explain that they are pursuing a criminal matter and you are in possession of relevant material necessary to meet the ends of justice. That’s all.

Against this background, it’s difficult to understand why APM has chosen to pass the interview. If anything, the ACB is simply looking for information helpful in its quest of bringing to justice those who actually abused his TPIN without his knowledge if his earlier claim that he had no knowledge about it holds anything.

In closing, I am of the opinion that this interview MUST be conducted. APMs name was mentioned in a ghastly scandal wherein the public lost billions in a carefully-executed tax evasion scheme. The public needs closure over this: not as a matter of favour but as a matter of right.