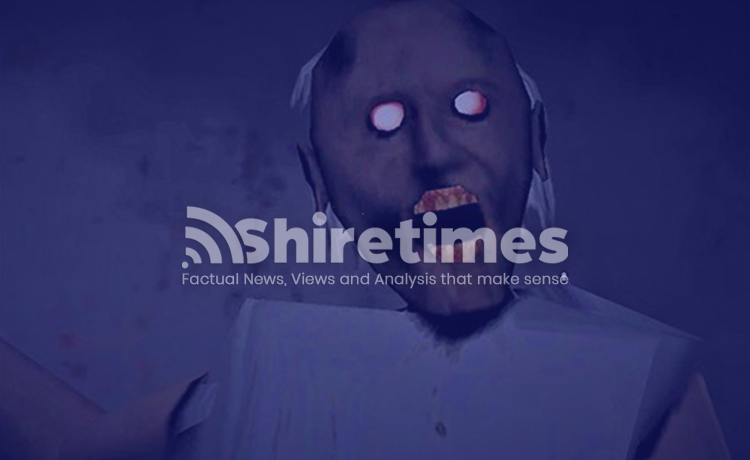 Except it was the dawn of a new era, it felt like the dawn of a new millennium. People sat impatiently, some within their homes and some in other places, all glued to the TV in anticipation to hear the winning candidate from the Electoral Commissioner. The atmosphere in the auditorium where the results were announced was charged. You could read it from the people’s faces as the video caption beamed on national television. The moment the Commissioner began speaking, the silence was so loud as people withheld their breaths. Adrenaline levels hiked, as the pronouncement underway would define whether the anticipated change was obtained or robbed yet again. As for myself, I could barely take in the introductory statements; my ears were inclined to hear the pronouncement of Dr. Lazarus Chakwera as the President-elect.

The Commissioner cleared his throat as he pushed himself on the chair to his comfort. Sternly looking at the camera, he vocalized “Dr Lazarus McCarthy Chakwera is a duly elected president of the Republic of Malawi!” It was at that moment that the congregation withdrew their ears from the Commissioner as a gesture of satisfaction. The rest of the narrative could only matter less. Even the video feed went unstable, revealing that the operators on the other side couldn’t resist expressing their happiness. The auditorium was engulfed by loud jubilating noises. The outcome was sweet. The streets went berserk. With sirens and fireworks dominating the airspace for hours, people wore happy faces. Free at last, free at last!

The memories are fresh on how social media was awash with a public display of assaults against the right of political association by one Jomo, a DPP affiliate who manhandled an individual for wearing an MCP t-shirt. He went ahead to threaten him that should he ever be seen in an MCP regalia in that area, he would be dealt with heavily. He declared the area a DPP zone, as though Malawi belonged to DPP. Unfortunately, the police did not do anything as they, at the time, had taken it upon themselves to defend anything that was pro-DPP. Jomo went scot-free. Such is what the people of Malawi were fighting against.

The legal fraternity would narrate of its own portion of infringement on rights. While the DPP foresaw its apparent loss in the elections, as they had failed miserably in the legal battle against on the rigid elections, they resorted to plant rogue judges in Malawi’s justice system. The reason was to ascertain that should they have rigid the elections again and a case brought before the court, they could get away with it. Their approach was to dislodge the Chief Justice by sending him into an early, yet forceful, retirement so that they could replace him with one of their own. The nation fought hard. The whole legal community went into an outrage demanding the government to “get its hands off lawyers”. The news attracted international bodies who issued their own remarks of concern and pleaded with the government not to be oppressive. The people won. Shamefully President Peter Mutharika and the Secretary to the President and Cabinet, Mr. Llyod Muhara, who facilitated the crime were fully charged and defiant. But matters never went their way because such is what the people of Malawi were fighting against.

Talking about viral social media outcry, how am I forgetful? The case of MEDF loan comes to mind. Revelations from audits over the MK8 Billion which President Peter Mutharika released in March 2020 showed that disbursement of the funds was politicized. It transpired that K4, 523, 820 857 which translated into 68 per cent of the funds was disbursed in the Southern Region yet only among the DPP members.  K 1, 992, 427 092 which translated into 32 per cent, was disbursed in the rest of the country’s regions yet among the DPP sympathizers only. That is about how much the former administration ran the country like a political possession.

One would be shocked today to learn that a firm run by a renowned DPP cadet and suspected looter has won a contract with the government under the Chakwera administration. The shock is curtsey of how party-oriented operation of the state the DPP turned Malawi to be. Under DPP, it was an era where only individuals from the Llomwe belt or affiliates of the DPP attained employment and obtained business contracts with the government. One case in point is how Mulli Brothers were awarded a loan by the government to be repaid in 100 years. How illogical! Such is what the people of Malawi were fighting against.

What of party handclappers being put on salary wages paid for by public coffers, abusing the state broadcaster by openly supporting DPP, treating government information with secrecy as a private part, declaring war on political analysts who wished Malawi well? How about the defrauding that occurred at ESCOM to the tune of MK64 Billion?  Such is what the people of Malawi were fighting against.

A year later there is peace among the political analysts and those of dissenting views. Nobody is scared of getting arrested because change has come. Even before the elapse of one year in government, access to information was operationalized ending an era of secretive governance. People across the country benefited from the AIP program without any form of segregation.

It is now in the Chakwera regime that you can see job adverts for the government organizations in the papers. Previously, candidates were only hand-picked. So much has changed, people no longer complain about blackouts that much because the temporary generators now have running oil as the DPP thieves who used to empty oil reserves meant for these generators are out of government.

We might be going through economic downturns affecting the implementation of some development activities but the nation is not defeated. The acceleration of some changes might not meet our targeted momentum, but we must stay hopeful. In the meantime, we are obliged to be grateful: for the freedom of speech and political association; for the end of segregation by tribe or political party; for fairness in competing for government jobs and contracts, for consideration for small enterprises to have an exclusive portion to supply goods to the government; for access to information so that we can hold the government accountable; for the accommodativeness of the President to issues raised by the public; for the ability of the President to let the justice system deal with offenders of the public regardless their political affiliation; for the President’s ability to deal with those suspected of defrauding the government even if they were close to him, a thing which we couldn’t witness in the past administration. Now such is what the people of Malawi were fighting for. We must not forget that there is good governance upon us.