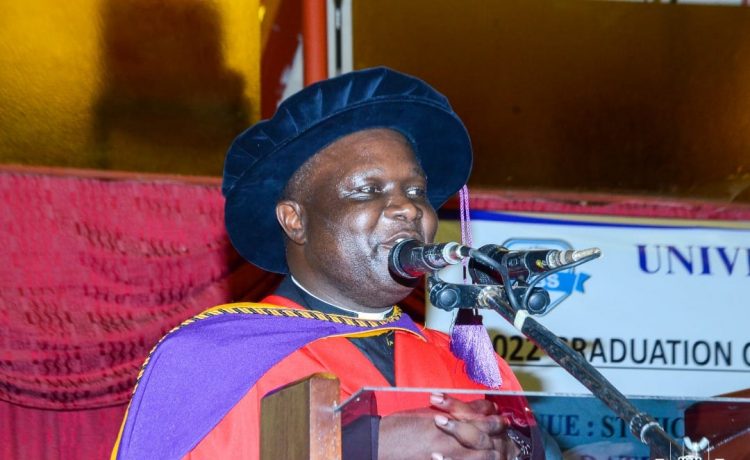 Religious affairs advisor to former President Peter Mutharika, Reverend Billy Gama, it would be worthwhile for President Lazarus Chakwera to continue ruling the country beyond 2025.

Gama, who is general secretary of the CCAP Blantyre Synod and described by critics as pro-Democratic Progressive Party (DPP), said on Saturday during University of Blantyre Synod (UBS) first congregation presided over by President Chakwera that he desired that the latter rule for ten years.

“Your Excellency, after you have done your second term–2025-2030–other will appreciate that it is possible for someone with a theological background to become President of Malawi,” Gama said.

The author, academic and minister described Chakwera as “proof that pastors can also do great things.

“I also hope that after ten years you will pass on the leadership to another person of your character.”

Chakwera is entitled to a second term as stipulated by the Constitution; but there has been an on-going fight between MCP and UTM supporters–chief partners in the Tonse Alliance government–on who is going to be presidential candidate in 2025.

UTM says their leader who is the state vice president Saulos Chilima will be on the presidential ballot, saying President Chakwera will step down and make way for the latter for the next election. But MCP has publicly said there has never been such an agreement.

A few weeks ago, MCP vice president for the northern region, Harry Mkandawire, said outright that Chakwera will be the party’s torchbearer in the coming elections.