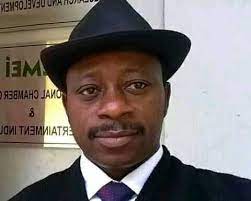 Steve Maseya, the broadcaster who gained fame for his allegiance to the former governing Democratic Progressive Party (DPP) has been transferred to area 30 Police.

Maseya was arrested yesterday in Thyolo on allegation that he was circulating fake Malawi School Certificate of Education (MSCE) examination papers on social media.

Confirming the arrest of DPP diehard, National Police Spokesperson said “Mr Maseya has been arrested for allegedly publishing false news likely to cause fear and alarm contrary to Section 60 of the Penal Code. The suspect was from early October, to 22 October, 2021, publishing and circulating fake MSCE examination papers on social media.”

According to Kadadzera, Maseya will be taken to court for prosecution after recording caution statements from the suspect.

On 23 October, a screenshot was shared widely on social media showing that a number allegedly belonging to Maseya had sent PDF files purported to be MSCE exams to WhatsApp group.

The Malawi National Examinations Board (MANEB) released a statement disowning the leaked papers and warned the general public to desist from circulating and buying the fake papers.

Maseya was one of the MBC journalists who relentlessly attacked a panel of five judges who annulled the Peter Mutharika’s victory in the 2019 elections.

Maseya, while citing primary school social studies book, argued that the Constitutional Court does not exist in the laws of Malawi.

He earned a nick name ‘Chief Justice’ for his uneven and partisan arguments.