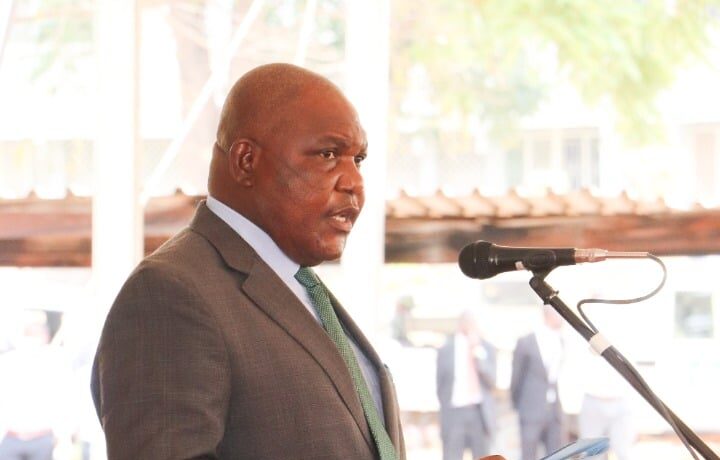 After being abruptly fired by Malawi President Lazarus Chakwera via a national address on May 31, 2022, who he replaced with Colleen Zamba as Secretary to President and Cabinet, Zanga-Zanga Chikhosi has obtained an injunction preventing the government from taking away his assigned vehicles, a Land Cruiser VXR V8 and a Toyota Prado, until a judicial review is heard.

Wapona Kita, Chikhosi’s attorney, confirmed the development that High Court Judge William Msiska has granted the injunction and scheduled July 8, 2022, as the date for hearing the interpartes application to request judicial review.

Said Kita: “It’s a good relief for my client as the police were causing havoc at his house in a bid to force him to surrender the cars.”

The police went to Chikhosi’s home in Area 10 on June 25, 2022, according to court documents, and demanded to take the vehicles.

However, Chikhosi contends in his sworn testimony that he was only employed for the first two years of a three-year contract that began in 2020.

Additionally, he claims that in accordance with his terms of service, he is qualified to buy one of the cars for 10% off the sticker price.

The former SPC claims that the decision to relieve him of his responsibilities was not disclosed to him in writing.