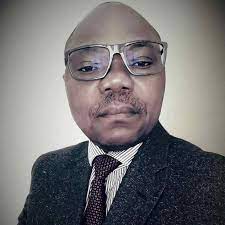 The Court made the order on August 4, just few months after Nick dragged Mbele to court over defamatory remarks.

The court order indicated that the public apology must be published in The Nation and The Daily Times newspapers twice every week for four consecutive weeks from 4th August.

It also ordered Mbele to retract the offending publication by permanently deleting the said ‘defamatory’ post from his Facebook wall followed by an apology on the same social media platform.

However, Shire Times understands that Nick Chakwera wants Mbele be committed to prison for not publishing an apology in The Nation.

The court document in our possession indicates that the Court will be moved on the 16th November for an order that the defendant (Mbele) be committed to prison until he complies with the Court order dated 4th August, 2021.

“Nick Chakwera the son of the President of the Republic of Malawi. He wants Yoswa (Joshua), Mneneri wa Mulungu (Prophet) in prison for not putting apology in the National Newspapers,” he wrote.

The post attracted mixed reactions from his followers with many rebuking his “childish” way of handling the matter.

“He (Nick) is trying to pump sense in you Chief. You take things for granted. I side with Nick… if evwrything has to be forgiven then lets demolish all prisons, all judges be fired.. no more courts,” commented Antony Nay.

“Nick took his part by dropping the huge demand of the sum of K270m. The court ordered you to take some steps which were a must to do. The fact that you did not fully take the court order is taken as a contempt of court where law professionals feel like you are deliberately challenging them,” another follower commented.

“You further refrain from carrying this on social media. Your own counsel should have mentioned this to you earlier. Court matters are not laughable. This is now personal to you and no amount of cheering on here will change what’s in the dock there. You carried an apology here but the order stated this should go on to the two dailies. Comply. Close the matter for good,” Manja responded.

According to the Facebook post issued on April 17, 2021, Mbele claimed that Nick was involved in the embezzlement of MK6.2 billion Covid-19 funds together with Pest Chem 1B’s Martin Mainja.

Mbele alleged that Nick Chakwera was a business partner to Martin Mainja and together they conspired to defraud government of MK97 million through a contract awarded to Mainja’s company to fumigate Capital Hill and Kamuzu Palace.