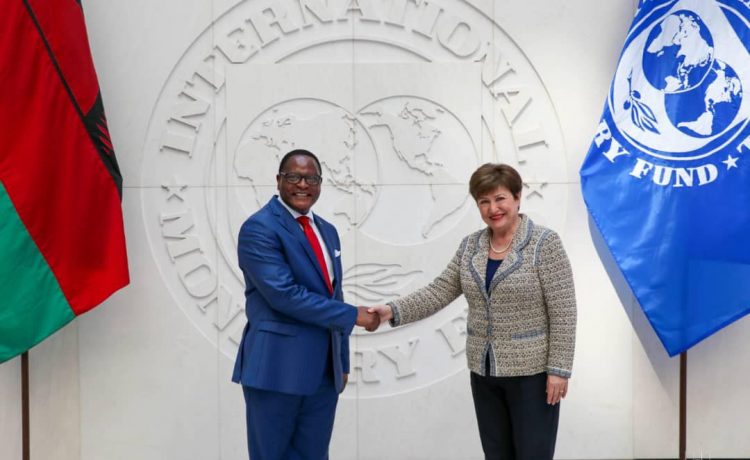 President Lazarus Chakwera has been hailed by several quarters for his stint in fostering the country’s national agenda during his week-long official tour of the United States of America in his capacity as chairperson of the world’s Least Developed Countries (LDCs).

The tour was the first part of the Fifth United Nations (UN)
Conference LDCs (UN-LDC5) held at the UN Headquarters last Thursday and, while there, Chakwera travelled to Washington DC where he got engaged in high profile meetings with various multinational organisations such as IMF, UNICEF and UNDP.

Renowned social media influencer, Stanley Onjezani Kenani, noted that Chakwera’s trip to the US would benefit the country, especially with regards to the IMF extended credit facility programme that the monetary body stopped dispensing to Malawi as a result of fiscal indiscipline during the erstwhile Democratic Progressive Party (DPP) regime.

“This is good news. This trip was the most beneficial. We now have a lifeline. This is good for our country,” Kenani wrote on his Facebook wall on Monday.

Prior, Bretton Woods institution’s managing director Kristalina
Georgieva tweeted “an excellent and productive meeting [with President Chakwera]” after their meeting, saying she pledged to continue working together [with Malawi] closely.

During the meeting, the International Monetary Fund (IMF) committed to provide short and long-term recovery support through a new economic programme aimed at boosting and stabilising Malawi’seconomy to achieve growth.

Mzuzu University (Mzuni) economic lecturer Christopher Mbukwa said IMF’s commitment was welcome considering that the country’s economy is vulnerable to external shocks including the Covid-19 pandemic and the Cyclones Ana and Gombe.

“Our economy has been tattered by the effects of Covid 19 and climatic weather shocks and this support can be helpful to stabilise the economy.

“The growth estimates for the 2022-23 are likely to be impacted
negatively due to a new wave of external shocks such as the recent cyclones and global geopolitical conflicts that are likely to affect oil and fertiliser prices,” Mbukwa is quoted as saying in the press.

He added: “We are yet to get information on the whole package of the commitment by IMF, but it suffices to say that government will do the needful to ensure that the support is tailored to strengthen our springs for bouncing back whenever we face negative shocks.”

Malawi’s last economic programme with the IMF, the Extended Credit Facility (ECF), came to a sudden halt on September 24 2020 when Chakwera’s administration cancelled the arrangement brokered by his predecessor Peter Mutharika after purportedly spotting some problems.