As their case is set to commence this coming 11th October 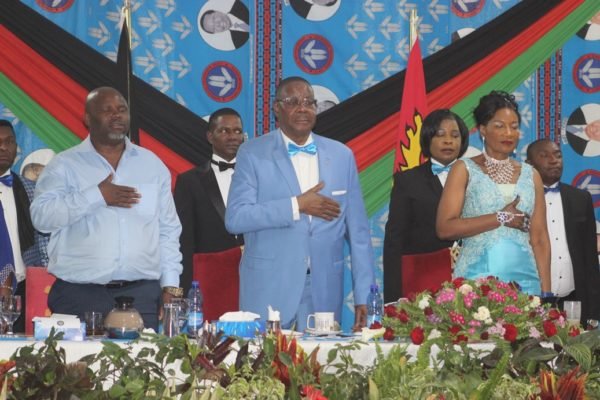 Barely disclosed information has it that Civil Society Organisations (CSOs), namely the Human Rights Defenders Coalition (HRDC), Centre for the Development of People (CeDeP), Centre for Human Rights and Rehabilitation (CHRR), Youth and Society (YAS) and Church and Society are bringing to the Courts, a case that involves DPP looting money from Government departments and agencies through some dubious blue night fundraising schemes. It is the CSOs’ case that from this ‘homicidal’ looting that was unleashed and impunity that went with it, the DPP deserves to, and should, be de-registered as a political party in Malawi aside compelling it to refund the loot. This entry seeks to scan the HRDC’s move and the sought fate of the DPP. But before doing that, let us check this out:

On 24 January, 2018, the then Malawi’s President, Professor Arthur Peter Mutharika, signed into law, a legal instrument [read as an Act] making provision for regulating the registration, financing and functioning of political parties; and to provide for matters incidental thereto and connected therewith. This legal instrument is cited as the Political Parties Act, 2018 [PP Act in short going forward in this writeup].

While the Act provides, at section 21, for political parties, which have secured more than one-tenth of the national vote in parliamentary elections, to be entitled to funds by the State to ensure that, during the life of any Parliament, the party has sufficient funds to continue to represent its constituency, there are clear guidelines of how that is supposed to be done by specified State authorities.

I must be quick to add that this provision was enacted in favour of democracy campaigns that were ubiquitously championed by Western pro-democracy institutions that had spread their campaign across Africa. The purpose was to strengthen democracy by ensuring survival of multiple political parties which would otherwise go extinct for lack of funding. It is from this perspective that the Act plainly mentions that such funds received by political parties through Parliament may be used to run the administrative affairs of the party including remunerating staff members running the affairs of the party. A noble cause I must say.

While this entitlement has not been ever observed since the enactment of this law almost three years down the line, it is on record that the Democratic Progressive Party [DPP] regime wrongly used this Act to divert funds from the public purse to the part. While all the DOs and DONTs as well as the obligations are clear in the Act, the DPP regime ignored the restrictions and went ahead taking out money from parastatal organizations to the party account through mischievous means including some dubious fundraising dinners where parastatal organisations were bullied to donate money to the DPP.

The said PP Act, specifically at section 27 (3), stipulates that “a political party shall not be eligible to receive donations from state owned corporations.” Very clear. Violating this estoppel, the DPP which was clearly intoxicated and massively engrossed in impunity embarked on a trail of funds drawing from Government departments and agencies. The biggest victimized departments and agencies were the Malawi Energy Regulatory Authority (MERA), Electricity Supply Corporation of Malawi (ESCOM), Water Boards institutions and the National Oil Company of Malawi (NOCMA) to list a few.

The HRDC’s case particularly hinges on a blue night fundraising gala that the DPP organized and executed on 29th July in 2017 where a total of K13.9 million was obtained from Lilongwe Water Board, Lilongwe City Council, Blantyre City Council and Mzuzu City Council.

Concerned Civil Society Organizations (CSOs) fronted by the HRDC commenced the case last year in which the High Court held a scheduling conference in November (2020) which was a road-mapping meeting for the case. It is revealed that the DPP regime was planting, and in some cases transforming existing, employees in strategic Government MDAs and task them with a looting mission for the party and personal enrichment. The personal rewards that were going to these tasked public employees was so compelling that they established loyalty to the party and the looting cause, the extent of which DPP could marvel as “a solid system”.

No wonder, in July 2020, the MDAs joined hands with the DPP and made an application before the Supreme Court of Appeal, requesting it set aside a High Court decision to hear the matter. The DPP and the colluding MDAs challenged that the CSOs do not have sufficient interest in the matter. Unfortunately to them, the Supreme Court dismissed their appeal. The then Justice of Appeal Dustain Mwaungulu (now retired) threw the application out saying the CSOs have sufficient interest in the matter.