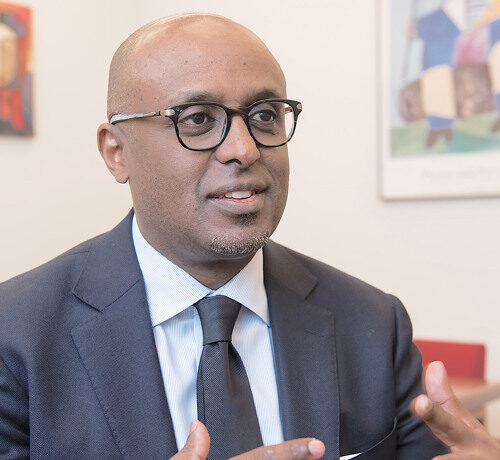 The International Monetary Fund (IMF) has disclosed that the previous administration of Malawi misrepresented the country’s Gross Reserve Assets for the period 2018 to 2019. Malawi’s misrepresentation of data which has since been identified as having been deliberate led to the IMF assessing the country’s external debt to be at a moderate risk of debt distress, but with some space to absorb shocks whilst the reality could have left Malawi with a high-risk assessment.

The IMF has further mentioned Malawi’s public debt as key legacy issue that requires addressing. By 2019, Malawi’s debt to GDP escalated to about 59%. Put differently, there were more debts in the country than Netwealth when the revenue was barely around MK1.3 Trillion, representing about 20% of the total debts. At that pace, assuming borrowing had halted, it would have taken Malawi approximately 5 years to clear off the debts.

The IMF has urged the Malawi Government to fix with speed, the legacy issues, so that the country can benefit from the IMF’s support on Malawi’s development goals.

The IMF officials which included the IMF African Department Director Abebe Aemro Selassie and IMF Nission Chief for Malawi Mika Saito were speaking to Malawi Government officials including the State President, the State Vice President, Minister of Finance and Reserve Bank of Malawi (RBM) leadership in a meeting that was aimed at discussing agreements on new Extended Credit Facility (ECF) programme.

Dr. Joyce Banda lost elections to the DPP in May 2014. Before her loss, she had managed to lower the debt ratio to GDP from 41% in 2012 to 36% in 2013. By 2015, under the Peter Mutharika DPP regime, the debt stock skyrocketed to 39% and a hideous 55% in 2016. The increase was in respect to an increase in budgetary deficit as the government lacked sufficient funds for development while plenty was systematically looted. DPP is reported to have looted approximately MK1 Trillion, that amount alone could have lowered the debt burden.

When Chakwera came in, the country’s debts were alarming and worsened by the Covid-19 pandemic which resulted into subdued revenue performance. The government was therefore left with no choice but to borrow more as which equally resulted into deficit in the 2021/2022 budget. But Chakwera’s borrowing was executed with a mission. His administration enacted and demonstrated policies to remedy the problem and gain some quick wins which have enabled the country to reach the current 50 percent ratio of debt to GDP which is 9 per cent lower ratio than that recorded in the previous administration’s 2019 period.

Chakwera’s administration managed to lower the debt because the money that was borrowed was channelled to investments such as the AIP and NEEF programs to increase productivity and national output. Together with policies such as 20 percent tax on betting, exclusive procurement order for SME’s which have encouraged remittances and intolerance to corruption, the economy has witnessed a positive growth. The Malawi Revenue Authority reports that it has collected about MK1,108 Trillion against the projected MK1.079 beating the target by MK29 Billion. This helped to shrink the deficit gap. With more policies such as Tax-free week, duty free on importation of raw materials for manufacturing (in some value chains), more revenue will be collected and concurrently lower imports of some items.

The IMF pledged that as soon as the Government addresses the issues raised, the IMF will come in with full force to support Malawi’s development drive by targeting development goals that have been set by the regime.

Malawi’s Minister of Finance, Felix Mlusu, submitted that the Government has already started working out on the legacy issues raised by the IMF and assured that Government will see to it that the same are resolved with speed as the Government is committed to ensuring that it enters new CEF with the IMF.