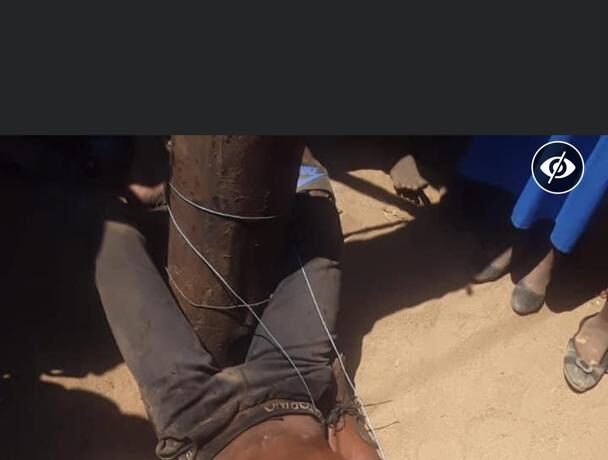 26-year-old man, Imlan Symon Banda, is in pain at Salima district hospital since Friday after he was tied to a pole using wires and whipped last week Tuesday in the area of traditional authority Maganga in the district.

A family member looking after the young man has told local media that Banda is alleged to have been insulting and blocking people including some belonging to the Maganga loyal family and it is suspected that community policing members are the ones who tied him as punishment.

According to reports, the young man was scorched on the sun for over 5 hours that he suffered sun burns and the wire used for tying him also had an impact that his feet have developed serious wounds.

Meanwhile, no arrest has so far been made in connection to the mob justice as police according to Salima Police Publicist sub Inspector Jacob Khembo are still investigating the issue.