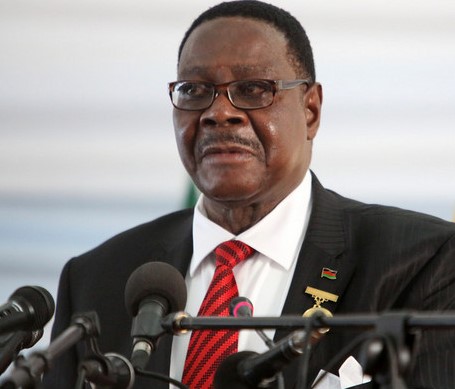 According the information gathered so far, the incumbent President, Lazarus Chakwera, who is not implicated in the crime, has given full political support to the crime investigators on their task.

Business gurus, Zuneth Sattar and Ashok Nair, are at a center of criminal investigations in Britain and Malawi on charges ranging from corruption and a range of financial crimes including money laundering.

A handful of Cabinet Ministers in Chakwera administration are, however, appearing on the crosshairs of the corruption-related investigations along with former Ministers and key politicians of the previous Mutharika administration.

Other government key figures from Malawi Police Service (MPS) and Malawi Defence Force (MDF) are also part of the rot, increasing the complexity and depth of the scandal.

Search operations in Malawi at Sattar’s offices and residence occurred on 5th October after the ACB in corroboration with the British anti-corruption authorities got a search and seizure warrant from the Chief Resident Magistrate Court in sitting in Lilongwe.

The warrant was meant to access evidence that had to do with Xelite Stripes Ltd, Xavier, and Malachite FZE companies, the allegation being that the claimants obtained contracts from the Malawi Police Service and Malawi Defense Force using these companies by bribing politically exposed persons.

Documents that were seized from the raid have indicated that Malawi’s former President, Peter Mutharika, had a one-on-one meeting with Sattar in which they discussed about the businessman sponsoring the Democratic Progressive Party (DPP) with money and other material including vehicles.

Meanwhile, British investigators have landed into Malawi on Monday to continue with the investigations into the scandal which appears greater in magnitude than the Cashgate scandal of 2013.

The investigations began three years ago by the British graft-bursting authorities.

The British/Malawi joint operation which is also taking place in Britain where Sattar also stays, continue to scrutinize the matter, combing through troves of documents, gadgets, and other pieces of evidence obtained during raids conducted in October on residences and offices belonging to Sattar and his associates in Leicester, United Kingdom, and Lilongwe, Malawi.

According to seized documents, among the items collected during the raids was a list of politicians both in current and previous administrations, current and past members of parliament, senior and junior civil servants, lawyers, civil society activists, media institutions and personalities, as well as social media influencers who have aided and abated the alleged crimes.

According to a source close to the investigation, during the raid at Sattar’s office in Lilongwe’s Area 4, officials collected 4 pamphlets with details of the individuals Sattar was paying to facilitate the alleged crimes or for other favours.

However, the main piece of the evidence was collected by the British law enforcement agency and that include details of how senior officials in both the Peter Mutharika and Lazarus Chakwera administrations are at the center of an alleged web of bribes and kickbacks for multiple contracts for the supply of various items to the military and police.

Sattar, plus associate Ashok Nair, through their lawyers, attempted, in vain, to obtain a gag order to stop Malawi media from publishing details about the investigation by the ACB and NCA and inadvertently confirmed the list of companies associated to be the ones under investigation.

Meanwhile, Sattar remains in police custody in Britain where he was arrested early October this year for the above-highlighted crimes which are under an ongoing investigation.