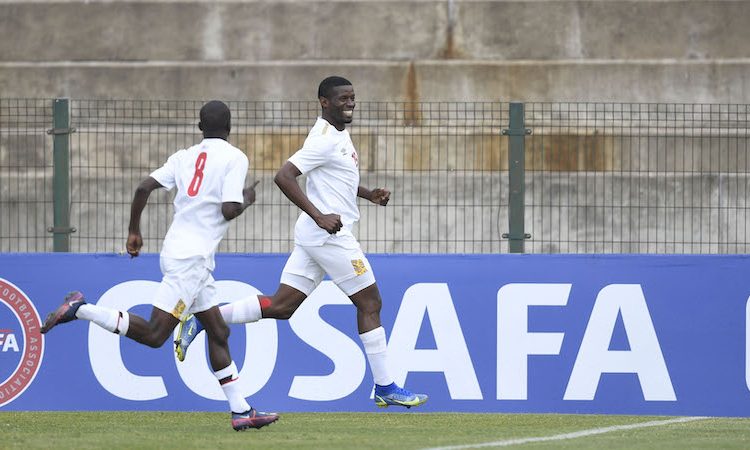 Friday afternoon’s COSAFA cup round two Group B match between Eswatini and Malawi at the King Zwelithini Stadium in Durban ended in a 1-1 tie, much frustration to football fans in Malawi.

Malawi came into the match having lost their opening match against Lesotho 2-1, while Eswatini were fresh from an impressive 3-NIL victory against Mauritius in their first match.

Amazulu striker Gabadinho Mhango thought that he earned a penalty for his team, but the foul went against him.

Eswatini, who are currently ranked 143rd in FIFA rankings, almost scored a fortuitous goal in the 7th minute but were denied by the crossbar.

Eswatini had another opportunity in the 13th minute, but their effort was thwarted for a corner kick.

Eswatini attacker Sabelo Ndzinisa fluffed another golden opportunity with his tame header in the first half.

The Flames from Malawi, who are currently ranked 121st in the FIFA world rankings, broke the deadlock immediately after the restart in the second half, courtesy of substitute Khuda Muyaba.

But Eswatini levelled matters after they were awarded a controversial penalty in injury time. And Ndzinisa made no mistake from the penalty spot.

Malawi Coach Marian Marinica says, “First of all you have to start from a cheating referee, from a cheating player that’s what they actually do and if you are to fake God will punish you. One way or the other, they will get punished. That’s not a way to win a match for cheating they don’t have fair play you have a bunch of cheaters”

Eswatini Coach  Dominic Kunene says “To me, a penalty is a sign of pressure. So I’m happy our players showed character today; it was a tough game like I mentioned during the pre-match interview. It was a difficult one but I am happy with a point against the best.”

Eswatini will meet Lesotho, while Malawi will tackle Mauritius in the last group matches on Sunday afternoon.