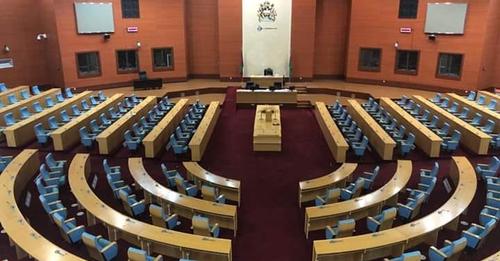 LILONGWE-Commotion rocked the parliament today as two legislators were claiming ownership of the Interests Capping Bill which seeks to amend the Financial Services Act to include interest rate capping.

Parliament passed the motion allowing the tabling of the bill early this month.

Member of Parliament for Dowa West Abel Kayembe re-tabled the motion seeking tabling of the bill which was initially rejected when it was tabled by his predecessor Alexander Kusamba Dzonzi.

However, opposition Democratic Progressive Party (DPP) MP for Mangochi South West, Shadreck Namalomba, claims the bill belong to him saying he drafted and submitted it to the Parliamentary secretariat.

But Kayembe has said the Bill was brought to Parliament by his predecessor and that he is keen to follow it through its passing.

Most Malawians are in full support of the bill as it will help contain how banks are operating and protect borrowers from unfair interest charges on loans.