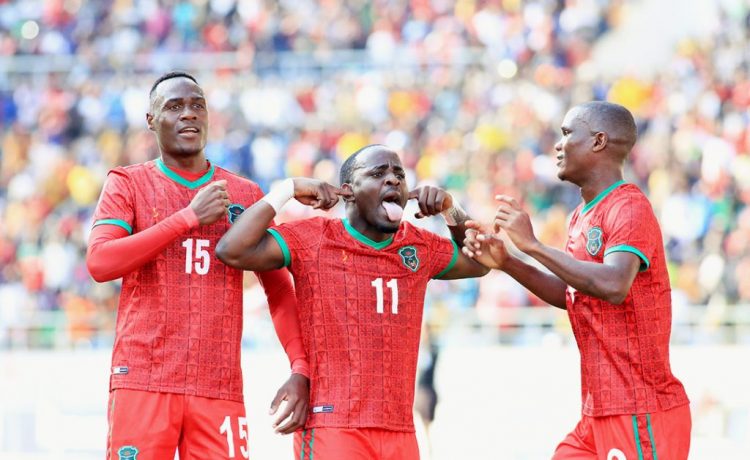 Malawi’s campaign to qualify for the 2023 African Cup of Nations (AFCON) finals, which will be held in Abidjan, Cote d’Ivoire, has started brightly as the Flames overcame Ethiopia 2 goals to one in front of a jam-packed Bingu Nation stadium in the capital Lilongwe on Sunday afternoon.

Gabadinho Mhango scored both goals, both from penalty spots, after the Ethiopian defense panicked and made highly reckless tackles, forcing the referee to award the well-deserved penalties, which Mhango scored with ease.

Despite having a two-goal lead, Ethiopia appeared to be the better team as they controlled the ball and directed play, with the visitors having 73 percent ball possession and the home side having only 27 percent.

The visitors’ pressure piled on the home squad paid off in the 66th minute when they scored a penalty kick after Captain John Banda fouled their striker.

Malawi coach Marinica made some late substitutions in the game, bringing in Micium Mhone to replace Myaba in the 83rd minute and Gaba in the 88th minute to be replaced by defending midfielder Chikoti Chirwa to seal the win.

Ethiopia gave the Flames a run for their money, according to Marinica.

He said: “It was a very tough game. Ethiopia is a fantastic team. They play very good football. They have fantastic players.”

Wubetu Abate, his rival, felt the team’s good play was marred by two penalties resulting from unnecessary tackles by his defenders.

“But congratulations to Malawi. They deserved it,” Abate said.