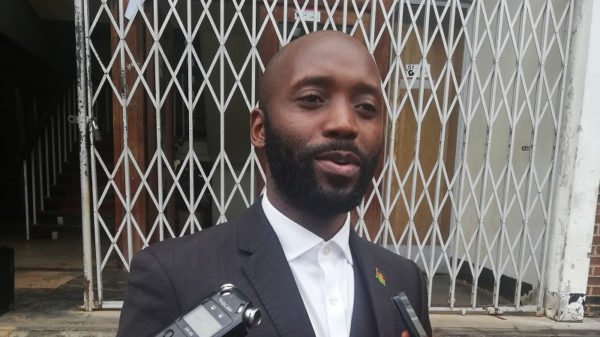 Dr. Steven Kayuni – The DPP has been tasked to investigate the fraud
0Share

As Malawi government, through the Higher Education Students’ Loans and Grants Board (HESL&GB), is on a campaign to recover loans from beneficiaries, an audit report has revealed misappropriation of funds at the institution.

According to The Nation on Sunday, the board has embezzled K300 million in a fraud linked to Africa University of Guidance and Counselling, a private university in Lilongwe.

The paper reports that Director of Public Prosecutions (DPP) Steven Kayuni has been tasked to look into the matter.

“We are attending to it with speed in coordination with the Office of the Inspector General. Criminal proceedings will have to be instituted on the basis of Higher Education Students’ Loans and Grants Board,” he said as quoted by The Nation on Sunday.

The AG advised the DPP to note that the board’s executive director Chris Chisoni, one of the suspects, died after he was fired from the institution.

The DPP has since written the Inspector General of Police to take action and he suggested charges that range from abuse of office, theft by public servant and negligence by public officer in preserving money.

Kayuni in the interview regretted that numerous needy students could have benefitted from the said amount.

He said such conduct was an affront to the cherished values and aspirations of Malawians in accordance with the Constitution and Public Finance Management Act.

The audit report discloses that there was a sharp increase in the number of students’ beneficiaries and loan amounts over three academic years 2015/16, 2016/17 and 2018/19 for Africa University of Guidance and Counseling.

The report discloses that some loose minute at the Loans Board showed that tuition fees for some students at the concerned university were signed by two employees and authorised by Chisoni.

“The loose minute was supported by a disbursement schedule and an excel sheet of 176 students showing the amount of fees paid per student as K1 704 546 and K1 704 545 after deducting bonding fees of K3 000.

It further explains that the batch was uploaded on April 8 2019 at 15.23 pm. First authorisation, the report says, was done the same day and second authorisation by the next day, April 9 2019.

The transaction was successfully processed by the bank, the report says.

The report discloses that two former employees at Africa University of Guidance and Counselling, visited the Loans Board offices on March 8 2022 where an impromptu meeting was held.

The meeting originated from the phone enquiries the board’s internal audit manager made to the two officials regarding the K300 million payment to the university.

“The two officers confirmed that the transaction was including beneficiaries of the loans, had no knowledge of this transaction.

They further explained that the university was asked to immediately refund the money after the funds transfer reflected in the university’s bank account because the board had made an error by paying K300 million instead of K10 million which the university required to clear its rental arrears,” reads the report.

The internal auditors at the board say in the report that their examination of documents and inquiries noted that the 176 students who were presented as having benefited from the K300 million loan disbursement did not complete any loan application and bonding forms.

“It was further noted that the university and the students’ beneficiaries were not included on the 2018/19 press release for the provisionally approved loan list.”

The report reveals that out of the 176 students mentioned, 14, who were allocated a total loan of over K23 million, were pursuing master of arts in guidance and counselling, yet the board’s Act mandates the board to disburse loans to students pursuing higher education at the level of degree or higher diploma at an accredited university or college.

And yet, Africa University of Guidance and Counselling was not accredited by the National Council of Higher Education.

The report further says there was collusion between officials at the closed university and employees at the Loans Board, adding the matter should be pursued further by law enforcement agencies.

Source: The Nation on Sunday