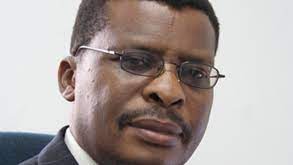 The spokesperson for Tonse Alliance, Kamuzu Chibambo, has indicated in a statement that all is well in the nine-party alliance which ousted the Democratic Progressive Party in the 2020 fresh election.

The statement he issued follows a meeting the Alliance partners had yesterday at Kamuzu Palace in the capital Lilongwe to discuss the status of the alliance following the crippling of the Vice President’s wing by President Chakwera where he stated that he would not be delegating duties to the Vice President for being named in the report the grafting busting body, the Anti-Corruption Bureau (ACB) submitted to the President.

According to Chibambo, the deliberations during the meeting ‘proceeded in a free, frank and cordial manner” where three resolutions were made as follows:

That “the Alliance partners will uphold and abide by the Alliance and continue to work together for the good of the Malawian people.

That “the Alliance Partners will intensify their periodic meetings with immediate effect and do their utmost to safeguard the alliance by promoting and undertaking all necessary actions and interventions for strengthening the bond of cooperation among and between them.”

Prio to the meeting, Vice President Chakwera told a horde of supporters who gathered at his residence that he would be officially addressing the nation on the corruption allegations against him.

The Vice President in a show that the alliance is crumbling stated that he has been humble but noted that others have now began taking his humbleness for “foolishness.”