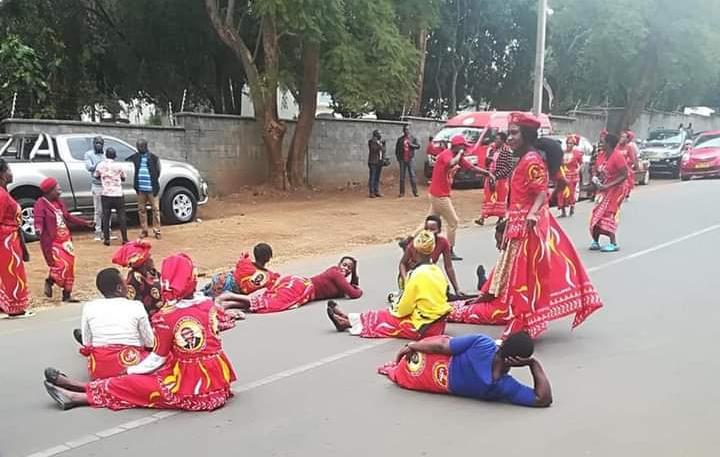 UTM leadership continues to scramble for answers and defense for its leader and State Vice President Saulos Chilima’s alleged involvement in the Zunneth Sattar Corruption case as reported by the Anti Corruption Bureau, ACB.

This afternoon, the party through its Publicity Secretary Frank Tumpale Mwenefumbo has again released a statement trying to divert attention from the ACB’s report which implicated the Veep dismissing it as mere political which hunting.

The statement comes at a time when UTM party sympathisers have been blocking the road to Area 43 residency of the second citizen after reports emerged that the graft busting body is planning to question him for his involvement in the Sattar saga.

The UTM statement reads in part, “We strongly believe this is a political scheme and acts of malice aimed at distorting the terms of the alliance agreement and also remove confidence on the leadership of Rt. Hon. Dr. SKC.

“This whole saga is a scam. All this is coming from what was described as an incomplete and substandard report by the President of Malawi.

“The entire UTM party will rally behind their leader come rain, come sunshine and will not be dissuaded. It is our prayer that he emerges even stronger than ever before when everything is said and done.”

Meanwhile, Vice President Saulos Chilima who has also personally denied any involvement in the corruption allegations is expected to attend a Tonse Alliance members conference scheduled for this evening.

Despite being stripped of his delegated duties by President Lazarus Chakwera, Chilima last evening also attended a cabinet meeting.