The Consumers Association of Malawi (CAMA) has called on the government through the Malawi Energy Regulatory Authority (MERA) to swiftly adjust fuel prices to align with global trends in prices.

CAMA Executive Director John Kapito, made the call last evening when the organization held a panel discussion on fuel pricing at Mount Soche Hotel in Blantyre.

According to Kapito global trends show that fuel prices have been going up since November last year and despite Malawi having an automated pricing system, the adjustment has been delayed because MERA did not have a board in place to effect the change although the 5% threshold has passed.

He noted that the continued delay means the pending fuel hike will be very high and will have a huge impact on consumers as fuel prices spiral down to other goods and services.

“We are afraid that the moment we accumulate these increases with the time passing then it becomes harder for the consumer. Now maybe the fuel prices have gone up by more than 30% globally. It will be painful to the consumer.

“When we increase fuel prices gradually, it doesn’t hurt the consumer so much and does not trigger the markets of other goods and services,” said Kapito.

He added that CAMA is not afraid to see fuel increases that are high as long as the global trend is being followed and that low prices attract cross-border consumption from the neighbors that may lead to an abrupt upward surge in demand creating strain on local supplies.

Economic Expert Betchani Tchereni who is also Associate Lecturer at Malawi University of Business and Applied Sciences (MUBAS) said it is high time the automated fuel pricing system started to be done even in situations where there is no MERA Board.

He said the delay in adjusting fuel prices has negative ripple effects to the economy at large considering that fuel is a global product therefore affects other economic forces.

He said: “Any upward increase in a commodity is not a pleasant thing and the increase of fuel in one of the such. We agree that when certain thresholds have been reached like the automatic pricing system (5%), then the price of fuel should automatically be adjusted.

He also said the more the delay the more importers of fuel are going to stop importing because they also have to make business decisions that are profitable for their companies.

On her part, Chisomo Ngulube,  who is also a journalist by profession, said currently consumers are already anticipating the rise of fuel prices and any delays may continue to cause panic whenever service stations run out of the commodity.

“Malawians know about global fuel trends and have been ready for adjustments upwards. That is why when consumers find service stations without fuel it increases speculation about hoarding of fuel by the traders,” said Ngulube.

Meanwhile, MOAM’s Costly Kamange said the shortage in fuel in some filling stations affects the transportation business hence some resort to hike their fares.

He continued by also calling for the impending fuel adjustment to be done responsibly and reflect the real picture of the situation globally.

Earlier this week Minister of Energy Ibrahim Matola and MERA Chief Executive Officer Henry Kachaje held a press briefing on the status of the fuel situation in Malawi.

At the briefing, Matola acknowledged that indeed fuel pricing across the globe have been extensively affected by the Russian and Ukrainian war, in addition natural disasters and COVID 19 have worsened the surge of fuel pricing.

He also revealed that MERA will announce the adjustment of fuel prices at an appropriate time. 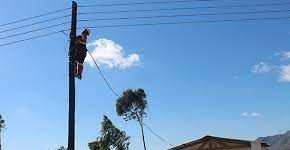