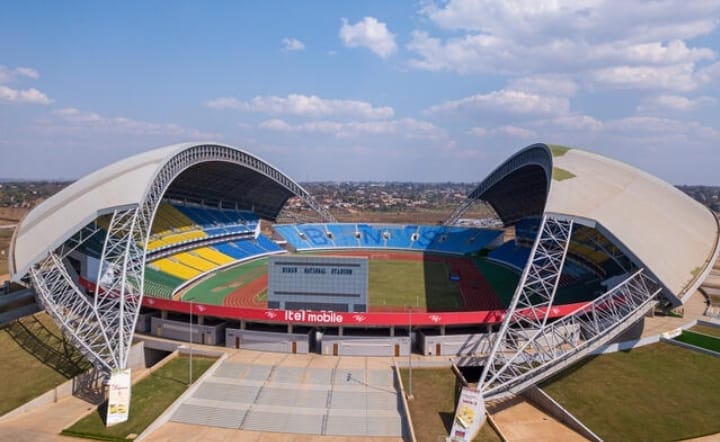 One of the country’s football analysts and renowned football legal mind David Kanyenda has cautioned the Football Association of Malawi and other soccer enthusiasts in the country who are celebrating with euphoria the decision by the Ethiopia Football Federation to choose Bingu National Stadium as their preferred home ground in the 2023 AFCON group qualifiers match against Egypt.

This follows an announcement by the Confederation of African Football today that Ethiopian Football Federation requested CAF to use BNS as their national stadium is banned to host international matches for lacking minimum requirements as per the CAF Club Licensing criteria.

Now it means after Malawi plays Ethiopia at the BNS on June 2 and the East Africans will remain in the country to host Egypt four days later.

According to Kanyenda, the decision by Ethiopia may do more harm than good to Malawi’s qualification prospects as the decision dilutes the practicality of home ground advantage.

“It means Egypt will have a chance to play at Bingu in June before they face us in September. The Pharaohs will have a feel of the local conditions and the pitch well in advance of their Flames encounter. Both Flames and Egypt would have played at least once at Bingu when they face off in September,” decried Kanyenda.

He added that if Ethiopia also faces Guinea at Bingu the story will be the same.

“When Guinea arrives in Lilongwe to play the final fixture against us they would already have been to Malawi and experienced the local conditions. Ethiopia will gain by forcing Egypt and Guinea to travel longer & circuitous routes to Malawi than to Addis,” he added.

He said Ethiopia are Flames’ direct rivals in the group and from a competitive perspective, this development may be counterproductive and diminish Malawi’s qualification prospects.

He said: “It helps Ethiopia meet relatively fatigued opponents whilst allowing Egypt and Guinea familiarize themselves with Malawian conditions ahead of our meeting.”

Meanwhile, confirming the development earlier today soon after the announcement, FAM General Secretary Alfred Gunda said they have reached an agreement with EFF on the use of the BNS and thanked the government for granting the approval to this effect.

“Ethiopia FA wrote to us a few days ago requesting us to facilitate their use of BNS for home matches. We also engaged the government through the Ministry of sports, and they gave us a go ahead and therefore CAF has scheduled the match at BNS.

“This is a fantastic opportunity for Malawi to showcase to the world the iconic Bingu National Stadium and the beauty that Malawi, the Warm Heart of Africa has to offer.

“It’s a timely opportunity for football to contribute economically with inflows of forex by the visiting teams and supporters from both Egypt and Ethiopia,” said Gunda.