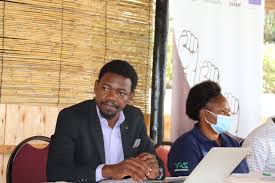 Human Rights Activist Charles Kajoloweka has weighed in on the debate to abolish the death penalty in Malawi by asserting that there is no evidence that the death penalty is any more effective in reducing crime than life imprisonment.

Kajoloweka made the remarks today in Mzuzu during the northern region phase of consultations by the parliamentary legal committee to solicit views in its quest to abolish the death penalty.

In his submission, Kajoloweka said his organization believes that the consideration of the death penalty as a crime prevention method does not offer a solution to the problem of crime.

He says crime may be reduced through having better trained and equipped police officers, eradicating poverty and improving education amongst other things.

“The risk of executing an innocent person can never be eliminated. Since 1973, for example, more than 184 prisoners sent to death row in the USA have later been exonerated or released from death row on grounds of innocence. Others have been executed despite serious doubts about their guilt,” said Kajoloweka.

He added that the death penalty may often be used within skewed justice systems and in many cases recorded by the Amnesty International; people were executed after being convicted in grossly unfair trials, on the basis of torture-tainted evidence and with inadequate legal representation.

“In some countries death sentences are imposed as the mandatory punishment for certain offences, meaning that judges are not able to consider the circumstances of the crime or of the defendant before sentencing.

“The weight of the death penalty is disproportionally carried by those with less advantaged socio-economic backgrounds or belonging to a racial, ethnic or religious minority. This includes having limited access to legal representation, for example, or being at greater disadvantage in their experience of the criminal justice system,” decried Kajoloweka.

In his conclusion he said it is high time Malawi abolished the death penalty and that the public inquiry on the death penalty is an opportunity for Malawi to significantly improve its own human rights record, to mark itself out as a progressive force within the region and to align itself with the global trend towards abolishing the death penalty. 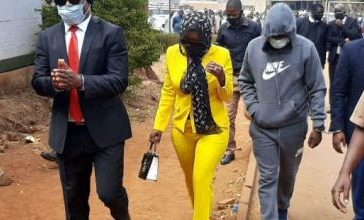