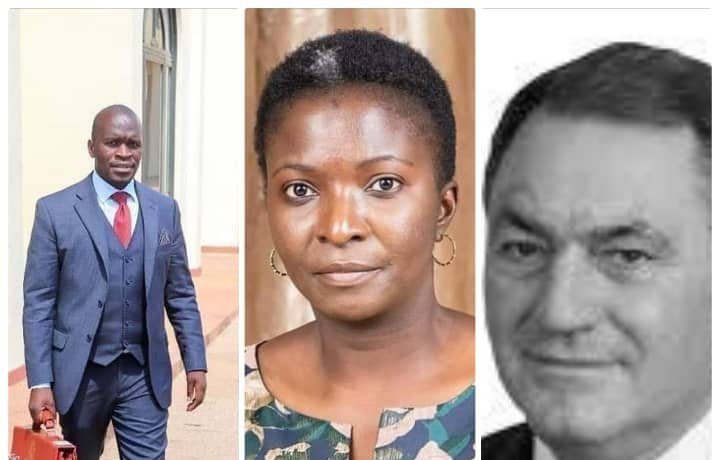 The British National Crime Agency (NCA) has reversed its steps on the corruption probe after utilizing the controversial Anti-Corruption Bureau (ACB) Director-General Martha Chizuma for unlawful entry into Malawi.

On the alleged corruption investigations involving businessman Zuneth Sattar, the British NCA used Chizuma, who is now being investigated for bypassing other state agencies such as the Attorney General’s Office (AG), Director of Public Prosecutions (DDP), National Intelligent Bureau (NIB), and Immigration Department.

After the NCA tipped them off on their two-year investigation, Chizuma admitted that she ignored and alienated the Attorney General (AG) in his pursuit of the billionaire.

On Wednesday, May 11, 2022, sources within ACB told Malawi Chronicles that the British NCA is ashamed of its conduct in the corruption investigation.

According to the source, the leaked audio case in court has left NCA with no choice but to leave Chizuma to decide how to proceed with the case.

According to the source, the NCA failed to identify real public officials who were involved in the alleged corruption.

“The British NCA is in a fix on how to proceed with their illegal investigation on alleged corruption probe; firstly, AG, DPP, NIB and Immigration were by-passed.  This means by law their (NCA) work is invalid. Second, the British NCA and Chizuma are only interested in one side of the story: the supplier, not the public officers who requested the services.

According to the source, the AG and DPP lack sufficient grounds to prosecute someone, which would be costly to the government.

“With also the leaked audio case in court puts the British NCA on spotlight disarray which was also mentioned in the audio. The audio exposed all NCA and Chizuma (not ACB office) personal vendetta on businessman Sattar. Chizuma’s public trust is gone,” says the source.

Kapondamgaga, Mkaka, and Muluzi were contacted and denied being implicated in the alleged wrongdoing, according to the paper.

Sattar was contacted for an interview but declined, stating that he was traveling and would be unable to continue.

When contacted, Sattar’s press officer, Zoe Iktiactivit, stated that the names in question do not provide contracts.

“We have all information and supporting documentation if needed. A government contract is not awarded by an individual. Neither the said names have powers to give contracts. It’s a shame people think this way.

“A contract is discussed at first amongst IPC, then goes to the director of the department who then recommends to the senior management. Then it’s sent to PPDA who amongst 10-15 officers decide to approve or recommend to their board. Then the board of 5-10 officers sits to discuss,” says Iktiactivit.

She added, “Then the recommendation is sent to ACB for vetting to check if there is no criminal record with the requested company. Upon no objection from ACB, the decision is still pending seeking the Ministry of finance to approve the procurement confirming funding is or will be available

“Upon this confirmation the matter is then sent as a provisional approval to the requesting department. Who then inform the supplier of the award of contract preparing a draft contract to then send to the ministry of justice for confirmation. Then after it is sent to government contracting unit. Further after there, it is then sent to OPC where the SPC signs the final approval for the contract to be awarded”.

She went on to say that the contract goes through 70-80 government officials, and she wondered how one could bribe all of them.

“Just doesn’t make sense. And should there have been anything suspicious, at least one officer would have raised a Suspicious Activity Report (SAR). Anyway let’s wait and see what the outcome comes out. We are all set with our calculations for our losses.

“It is very unfair to suspect honest officers to be corrupt. It’s a shame. And again who is the complainant?” she queried.

“Who is the genuine complainant?” she said, “since the government of Malawi is receiving the cargo and honoring their obligations and payments.” If it is the British government, who has protested to them on behalf of GOM?

“Let’s not forget. Malawi is a sovereign nation and has its own decisions and cannot be ruled for others political interests”.

Sattar, according to the paper, is waiting for the NCA to charge him and take him to court.

That is when Sattar’s Representatives from Raymond’s buildings, Simon Farell QC, would request legal mutual assistance in court as the first argument in the lawsuit.

According to the intelligence information the NCA has, Simon Farell QC is likely to cross examine the mentioned Malawi government officials to confirm if they engaged in any corrupt practices.

However, if no Legal Mutual Assistance was followed then all intelligence information cannot be used as evidence at all as per law it is unlawfully obtained and according to law it becomes irrelevant and inadmissible in a court of law.

“Knowing the British law and judges, they are no time wasters and very professional where they will trash such cases which don’t follow protocol.

“This case seems very difficult and one of the first of this type in the history of England where no witness statements or whatsoever from the buying entity of another country and a supplier who is based in UK to face charges on suspicion of corrupting and bribery,” admits British legal expert.

Sattar’s lawyer Simon Farell is a very senior QC who even at times is hired as a judge on some cases.

Simon Farell QC has dealt with cases for the Sultan of Brunei and we hear but have no confirmation that his charges are £1,500.00 an hour.

“If this case continues, it will cost Malawi government heavy legal billing that’s why both AG and DPP are studying the matter thoroughly without emotions the way Chizuma is currently doing.

“The current Tonse government is unable to conclude suspected corruption cases as arrests were done without enough evidence”, chipped in another legal expert.

Besides the disclosure about the ACB conduct in handling the matter, ACB did not collaborate well, thereby according to law putting the whole case in jeopardy in Malawi and United Kingdom.

“Why selling entity is being harassed and business accounts blocked. Anything that British NCA got is irrelevant and not submisible in court. This is illegal operation could cost the Malawi government billions of kwachas in losses to the supplier”, says senior legal advisor in the Ministry of Justice.

He added, “Chizuma’s trust among the public completely lost though some quarters of the society including CSOs do not want to come up against her for breaching ACB’s Office oath.

“Where on earth does someone continue to work when break Office oath? The pressure on Chizuma step down, is nothing to do with gender, being woman but respect of law in public office of ACB”.

Sattar is alleged to have signed a big deal with the Ukrainian government, with delivery documented, but when asked about it, Sattar just laughed and said nothing.

Without approval, ACB communicated with and accepted a team from NCA to operate and handle affairs in Malawi.

Both the AG and the DPP believe that ACB broke Malawian legislation, specifically Chapters 8.04 and 16.01, which deal with criminal mutual assistance and immunities and privileges, respectively.

This means that any ACB cooperation with British NCA that does not include AG is illegitimate, and the graft body must start from the scratch.