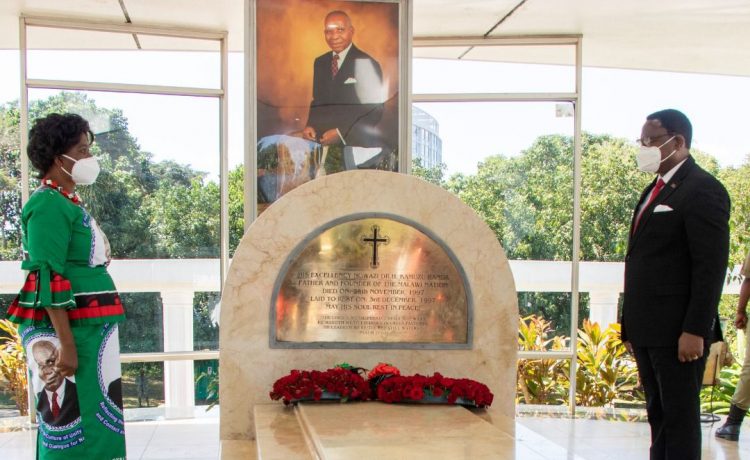 Malawi President Dr. Lazarus Chakwera stated it is proper to honor former Presidents, even in their death, as he commemorated the life of the country’s founding President, Dr. Hastings Kamuzu Banda.

To this effect, the President has directed Minister of Tourism, Culture and Wildlife, Michael Usi, to ensure that the final resting site of fallen Malawi leader, Professor Bingu Wa Mutharika, in Thyolo district, is equally safeguarded, honoured,  and cared for by the government.

To give some context, it was the late President Bingu Wa Mutharika who, after more than a decade of neglect by the first multiparty government, insisted that the founding President Dr. Banda’s Mausoleum be built.

Chakwera lamented the lawlessness that followed Kamuzu Banda’s departure from office in 1994. He claimed he came to restore a balance between liberty and the rule of law.

Speaking earlier, the Minister of Tourism Michael Usi openly advised Chakwera to terminate government workers who are causing problems for the government.

The singing of the national anthem in all three stanzas was a highlight of the event, much to the joy of President Chakwera, who sang the song passionately.