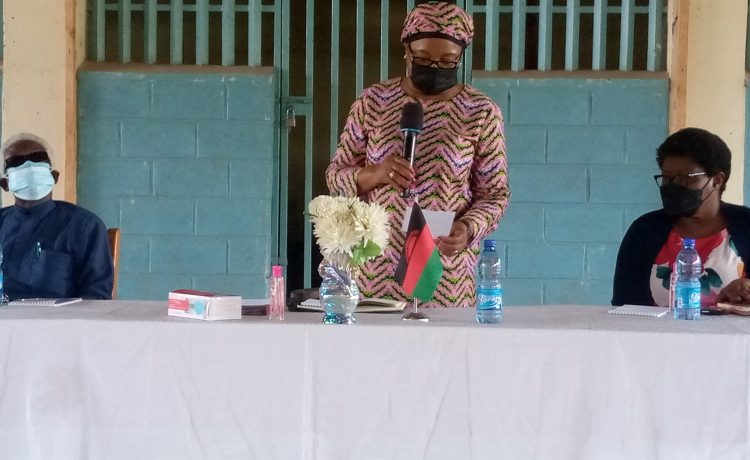 Minister of Forestry and Natural Resources Nancy Tembo on Friday ordered Northern Region Water Board (NRWB) at a meeting in Karonga not to remove the Garnet Halliday water plant from its current place to Karonga Museum, vindicating Karonga Concerned Citizens (KCC) who have been against the move for long.

The Minister’s order came barely days after another meeting between the Chiefs Council led by Paramount Chief Kyungu of Chitipa and Karonga and the Concerned Citizens failed to reach a consensus over the relocation of the plant which Paladin Africa donated in 2010 as part of its corporate social responsibility to the people of Karonga.

She said: “I came here to appreciate concerns from Karonga Concerned Citizens because the Lazarus Chakwera government believes in contact and dialogue as a means of promoting peace and unity of purpose. Therefore, having listened to both sides, I am glad that a consensus has been reached and I urge the NRWB to leave the plant where it is and bring back the spare parts that were removed.

“NRWB should have consulted widely stakeholders including the Concerned Citizens before making any decision on the relocation of the plant. However, while the Board will be identifying another piece of land for their new machine for the water supply project, it should make sure that the project does not miss the September deadline.”

In an interview, NRWB Board Chairperson Dr. James Munthali said the consensus reached was a step ahead for the project, saying a laboratory in any water supply system is extremely important.

“We came here to give explanation on what has been going on and we ably did that to reach a consensus. And on behalf of the Board I quickly accepted that we might have made mistakes here and there. So, that is a consensus. But in terms of the impact of keeping that machine definitely it will affect our plans because that place was being reserved for a laboratory because any water supply system is extremely important.

“The challenge will be to identify another piece of land as soon as possible for the laboratory so that come end of October when the water supply is running, the laboratory should also be running. So, indeed it has put us back to the redesigning of the way how the water works will be done,” he said.

Asked whether the process will not affect the deadline and the cost of the project, Dr. Munthali said having already spent money on the syrup at the proposed site at the museum, the Board does not anticipate to incur any additional cost.

He said: “We have already spent money. That plant was supposed to move to the Museum and the syrup is already constructed. That is the expense we have accepted and I am not looking at any additional money to that regard. Yes, plans will be affected but in terms of deadline, the laboratory on its own which we have not yet started should not cause any delay. The only delay which might be there is to identify land as soon as possible.”

On his part, Karonga Chiefs Council chairperson Paramount Chef Kyungu of Chitipa and Karonga applauded all the stakeholders for amicably resolving the differences, saying the consensus will enable government through NRWB to implement the water supply project that will see people have access to pure water.

In an interview, KCC chairperson Mavuto Mvula said resolutions made vindicated their stand, saying that is what they wanted.

He said: “We are more than happy with the Ministers order. The machine belongs to the people of Karonga. We will use it in the near future to process bottled water whose proceeds will be used to develop the district.”