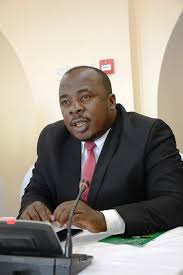 Malawi Police Service have set a special team to trace individuals that have been recording videos that went viral on social media, threatening anti-government protesters by wielding panga knives and showing off guns.

Recently there have been number of video clips circulating on social media where some people, within and outside the country, are seen threatening Malawians who anticipate to take part in the anti-government protests.

Reacting, the Minister of Homeland Security Richard Chimwendo Banda has warned that such acts should stop.

The minister says the acts are a  threat to national security and government will not tolerate such acts that have potential to bring chaos in the country.

Chimwendo, who is also the Director ofoYouth in the ruling Malawi Congress Party (MCP), has assured Malawians that the law will take its course on anyone found in such malpractice and that the police will catch them to face the law.

Meanwhile, rights activists have applauded the Minister for condemning the undemocratic acts.

During the reign of Democratic Progressive Party (DPP), the party’s youths used to terrorise the streets across the country with impunity.