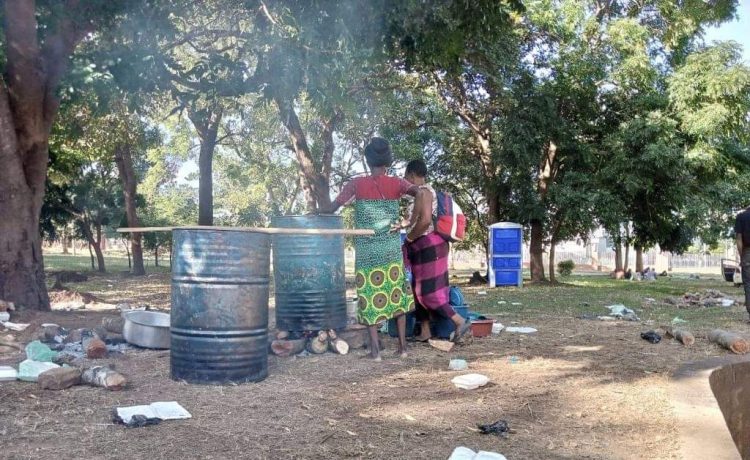 Pressure is still mounting for Anti-Corruption Bureau director, Martha Chizuma, to leave the stage by forcing the appointing authority, President Dr. Lazarus Chakwera, to fire her from her position citing the ACB director breached her oath of office. A group calling itself “Mbadwa Zokhudzika” believed to be the opposition Democratic Progressive Party (DPP) operatives on Friday embarked on vigil just outside the parliament building to raise the ante for Chizuma’s ouster.

In the audio, Chizuma, whom other stakeholders say was set up is heard discussing with a confidant, who later betrayed her by leaking it, how authorities, the courts including President Chakwera, are putting spanners on her work. The subject the two were discussing on the phone was Zunneth Sattar, a businessperson alleged by some to have captured the Chakwera administration.

The leaked audio infuriated the President who reprimanded the ACB Director but still allowed her to continue on her job saying she is still a justice warrior better placed to lead the ACB at such a time as this when his government wants to fight corruption without fear or favour.

However, taking advantage of the situation, the DPP operatives masquerading as governance advocates, argue that the Chizuma leaked audio discredits her to continue on her job as ACB director. The group’s leader, Redson Munlo, says the ACB’s decorum and integrity as an office were compromised by the audio hence demanding the ouster of Chizuma as key to restoring the integrity of the office.

Meanwhile, Shire Times has learnt that other members have boycotted the vigil over misunderstandings on the money their paymasters have donated for the exercise. Last week, the group held a rally in Lilongwe’s streets, presenting a petition to the District Commissioner’s office with the same goal of forcing President Chakwera to fire the ACB director.