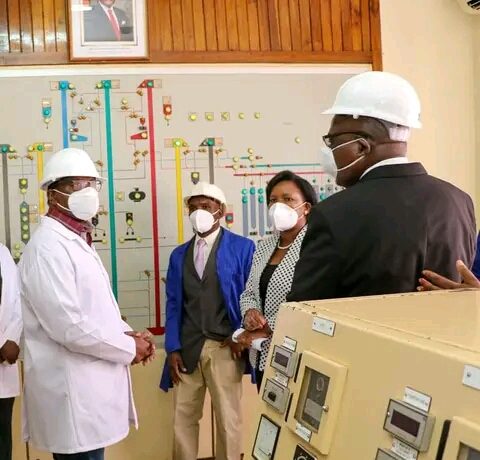 Minister of Agriculture Lobin Lowe has reassured the nation that there is adequate maize in the country’s reserves to feed its citizens all year round.

The minister made the remarks during President Lazarus Chakwera visit to the National Food Reserve Agency (NFRA) in Kanengo, Lilongwe and in Mchinji District where he also inspected Tembwe Agricultural Development and Marketing Company (ADMARC) center.

Addressing the President and people who gathered at Tambwe ground after the inspection, Lowe said this has been achieved because of dedicated men and women in his ministry despite finding depleted resources by the previous administration.

“When the Tonse Alliance came into power, we found the NRFA reserves depleted in addition to rotten maize because our silos had developed faults,” said Lowe.

He added that the president has seen with his own eyes the level at which the food reserves have been restored although more still needs to be done.

And speaking to close the development rally, President Chakwera said his government is working tireless to fix broken relationships with donors due to mismanagement of funds by previous government.

“I did the inspection intentionally in order to personally see if the country has adequate food in its reserves,” said Chakwera.

He also added that currently government is in discussion with the Mellenium Challenge Account to make funds available for rural roads.

This he said will help ease smallholder farmers to have access to markets through good road networks.