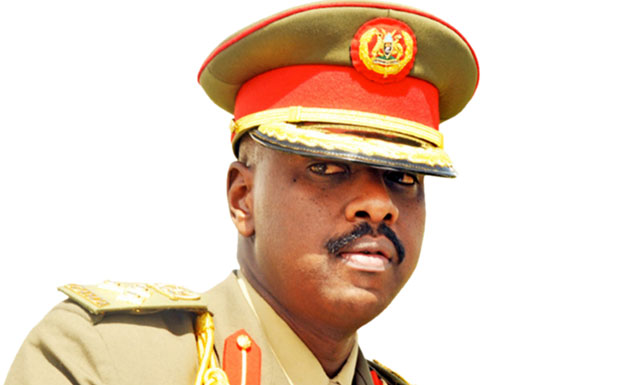 Lt. Gen. Muhoozi Kainerugaba, dubbed 'the tweeting general' of Uganda has been fired as military leader by his own father who is President of Uganda
0Share

He was promoted from Brigadier to Major General at the country’s military headquarters in Kampala on May 25, 2016, a move that gave birth to speculations that he was being groomed to take over the country’s leadership after his father who was also a top military official before becoming a civilian president.

Voice of Africa has reported that Lt. Gen. Muhoozi, dubbed ‘the tweeting general’ of Uganda, in recent months has sparked controversy and anger among some Ugandans who see his regular posts on Twitter as provocative and sometimes even dangerous.

His tweets in support of Tigray rebels fighting Ethiopian federal troops, violent rebels fighting Congolese soldiers and calls for all Africans to support Russia’s war in Ukraine have raised concerns in the country. Recently, he said he would give 100 long-horned cattle — apparently as bride price — to Italy’s incoming prime minister.

Some of his supporters say his tweets are attempts at humor and shouldn’t be taken seriously. But many others see a bigger problem.

As an army officer, he is constitutionally barred from engaging in partisan politics and some Ugandans point out that any other soldier tweeting like Kainerugaba would be court-martialed.

“It wouldn’t take us, my army and me, 2 weeks to capture Nairobi,” he tweeted Monday.

That threat to seize the capital of Kenya went too far for his father, an authoritarian who has held power since 1986.

Kenyan President William Ruto, who took power last month, is friendly with Museveni, whom he described as the region’s “father” during his inauguration.

Kainerugaba, the leader of his father’s personal security, has been the de facto head of the military, with his allies strategically deployed in command positions across the security services, according to observers.

He was promoted to a five-star general and will stay as a military adviser to his father, according to a statement that announced his replacement as infantry commander with Lt. Gen. Kayanja Muhanga.

Many Ugandans believe Kainerugaba is being groomed to replace Museveni as president, allegations the president has long denied.

Kainerugaba’s associates describe him as a dedicated military officer who often shuns ostentatious displays of power and wealth. He attended military schools in the U.S. and Britain before taking charge of a presidential guard unit that has since been expanded into an elite group of special forces.