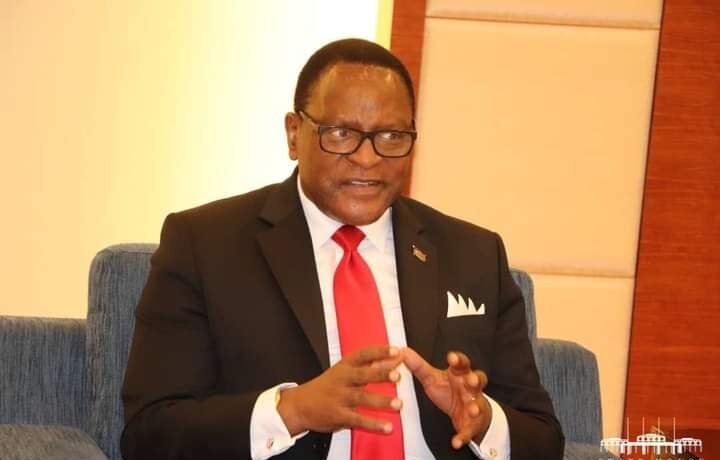 “We already have a Social Economic Recovery Programme for addressing the socio-economic impacts of the pandemic. But what is missing is the debt cancellation that will help us focus on recovery,” - Chakwera
0Share

The British government announced what it billed as a simplification of the rules last week, including requiring fully vaccinated travellers arriving in England from Africa and much of the world to undergo mandatory quarantine and take some tests.

Travelers and authorities from many African countries and other parts of the world are furious — and confused — about Britain’s rules, calling them racist and discriminatory.

Speaking at the 76th session of the United Nations General Assembly (UNGA76), Malawi President Dr. Lazarus Chakwera used the stage to condemn such behaviour among others.

According to President Chakwera, the global pandemic has laid bare the selfish tendencies of individual nation states, pharmaceutical politics, geopolitical tensions and infringement on civil liberties.

The matrix around the Covid-19 management is mainly hinged on production and distribution of vaccines and cross border regulations in the health sector which involves odd and tailor-made quarantine regimes and their accompanying costs.

The Malawi President says there is no better time for the world to stand in solidarity than now when everyone is facing the same monster.

In his address, which he delivered Wednesday night, President Chakwera called upon rich nations not to horde vaccines while the rest of the world is under-vaccinated in line with herd immunity expectations. “Share the vaccines with those who lack and are without capacity to produce”, he implored.

While it is agreed that there are social, cultural and religious setbacks that respective nations have to deal with in mobilizing people to inoculate, Chakwera argued that those should not justify the unwillingness by rich nations to share what they have.

He further said the post Covid-era is also another huge challenge for UN members as the global economy cannot operate with same characteristics as before. He reasoned that there must be a deliberate ploy to reorganize and ease the burden of those carrying the heaviest load of debt.

In that regard, the Malawi leader, who is also Chairman of the Southern African Development Community (SADC) presented that debt cancellation is key for fragile economies to recover and regain growth.

“We already have a Social Economic Recovery Programme for addressing the socio-economic impacts of the pandemic. But what is missing is the debt cancellation that will help us focus on recovery,” he said.

President Chakwera addressed the assembly gathered in New York, virtually from Lilongwe. In the runup to the assembly, Chakwera’s administration announced that he would not be traveling to New York for the assembly citing other emerging issues back home which required his presence. Commentators have hailed the decision saying it has helped to save the country from expenditure.

If you want to read the full statement delivered by President Chakwera, click here.

If you want to watch President Chakwera delivering his speech, click here.