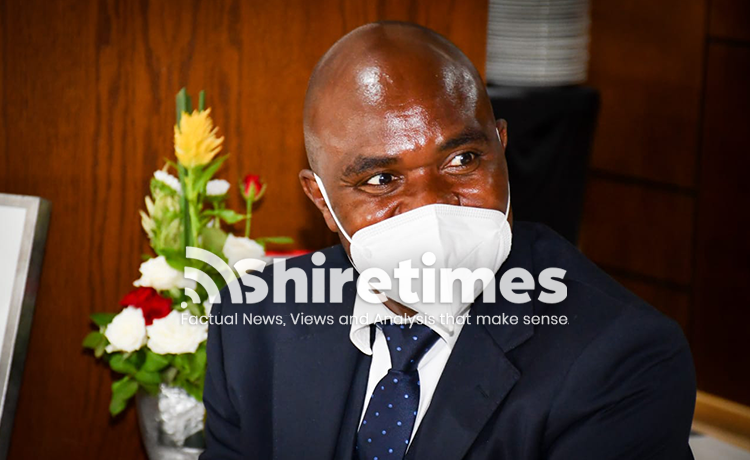 “Ellerine sağlık”. This is one of the Turkish popular says and it literally means “health to your hand”. In context of application, this is said to someone who has created something beautiful with their hands. Often, it is used to praise a Turkish mom or a chef after cooking up a delicious feast.

This saying has found its usefulness in Malawi on the heels of the 41st SADC summit Heads of State and Government that came to an end on a high note, with the country’s president, Dr Lazarus Chakwera, assuming leadership of the regional development bloc. Officially, the summit has been dubbed a success. What many doubted could be realised in the first place, has actually been executed with perfection. If among the goals was to sell the country to the international community, then we have exceeded our expectations. This is what happens when people unite for a purpose: magic happens and they progress.

Thinking about the flawless manner the summit was organised and held, one can’t help it but be awed by the work ethic of those who were primarily involved, right from the organising committee to service/goods providers. So noble, and yet so daring at the same time. Too good to believe that these are the same Malawians who were dishing out mediocrity just about a year ago. So, what happened then. Leadership changed and so did the outlook. They are Malawians as they ever were, but this time around more focused, purposeful and more determined.

When one adopts a holistic view in appraising the success of this project, it becomes clear that there was more to the event than just government dignitaries speaking the coded language of the diplomats. For all practical intents and purposes, the president was practicing what he has all along been preaching. Via this summit, he taught the nation a lesson on what happens when a committed leadership collaborates with its people.

The first lesson to be drawn is on how to relate with project partners. Recognising the self-evident fact that humans are creatures of affection and emotions, it was hardly surprising to see the president and his vice thanking all members of the organising team and service providers for a job well done.

Let it be emphasized that this appreciation gesture should not be taken lightly. At the heart of every successful institution is a legion of hardworking individuals executing their individual mandates to realise the organisational vision. And when they do it during a challenging moment such as this, when the COVID 19 pandemic is raging with full force, they deserve all the praise. It goes a long way in motivating them when a leader recognises their role in the success of the organisation.

Being appreciated is a human need, a leader recognising his/her juniors’ efforts confirms their sense of value in the process. And when this praise is coming from leaders of integrity who are reputed to be conscious of high-quality standards, it means a lot to them.

Ultimately, it turns out to be a win-win for all. This is where, to put in the words of president Chakwera’s hi5 agenda, prospering together begins: appreciating each other’s efforts in the grand scheme of things. We can not talk of moving forward together when we can’t justly value our fellow citizens efforts as well as their capacity to competently undertake certain business assignments.

A follow up lesson was on when and how to know to delegate. If the president had desired, he would have chaired the organising committee himself as the past administration’s Head of State had been on the line chairing numerous projects, even those considered too small for the office of the present. In the past, we have seen presidents taking up the chairmanship of tribal groupings without shame. But Chakwera knows better. He has that fine judgement as to know what ought to fall under his purview or within that of his juniors.

And it is within that spirit that the task of organising and coordinating matters to do the 41st SADC summit fell in the Minister of Foreign Affairs (MOFA) office. And in this regard, the Minister (Eisenhower Mkaka) did not disappoint. The way he worked with all stakeholder including the vice president who was assigned to monitor progress of the preparations was a marvel to watch. Inspecting together meeting facilities, venues, liaising with foreign offices prior to the meeting, delegates’ accommodation et al.

Further to this, it is trite knowledge that the VP’s position is a delegated position. There is not much to it than waiting for the president to send him on an assignment. Recognising that the VP could be a valuable resource in the government machinery, prior to assuming the presidency, Chakwera vowed to make the VPs office a useful one through practical delegation of the VP to very important assignments. And here we are today with a VP who is actually doing something importance for the nation. We can only pray that this wisdom oozing out of the president will never ever ran dry.

Truth be told, this is the first time in a very long time that a vice president has actively been involved in a high-level State assignment. Under Chimulirenji, the honorable office of the VP was reduced to nothing more than a “Ministry of Funerals and weddings” where the occupant of the office did nothing more than attend weddings and funerals on behalf of the president.

Memories are still fresh in how the DPP administration side-lined Chilima in serious decision-making processes despite being the country’s citizen number 2. In as far as the DPP was concerned, he was excess baggage. All things considered, Chilima himself is also learning how responsible leadership relates to its subordinates. He should be grateful that he is the company of a great leader of Chakwera’s calibre.

Perhaps, the most important lesson of all delivered is that you lose nothing when you trust your own people. If anything, you gain everything. Like I alluded to earlier on, Chakwera made a pledge to “prosper together” together with his people.

Prospering can take many forms but economic is the most recognisable and related form. At the higher level, empowering local economic players to build a sustainable industrial base is how a leader builds a strong foundation for economic growth. Against this background, it was pleasing to us hearing that all furniture used at the summit was manufactured and procured locally and yet some people thought it was imported. Two things happened here; we showcased the industrial capacity of local manufacturing players as well as increased the circulation of money in the local economy.

If this can be done on a higher scale, by both the government and the private sector, Malawi would be on the right path to build a solid economy by reducing its net imports and increasing the manufacturing base (more employment opportunities for the people and more tax revenue for the government).

At this juncture, I can’t think of a better example of a leader having faith in the capabilities of his own people than this. If this were DPP, chances are that furniture for the summit would have been imported from elsewhere just to create a room for pilferage in the procurement process. Buying local ought to be the way that procurement needs to be done. Funny thing is, DPP devised the buy Malawian strategy but never made any effort to implement it. Makes you wonder whether those guys were really Malawians or foreign nationals disguised as us.

On a lighter note, it was refreshing to see Lulu, a truly talented and dedicated artist performing for the SADC delegates. You see, if this event had taken place in the days of the past, or those scums we had kicked out of power were still swaggering in the corridors of power, Lulu would have been nowhere near the list of selected performers, nor would any other talented artist have been. Tay Grin and Dan Lu would have been there “entertaining” the delegates by reason of their connection to the ruling clique.

An artist being picked purely on the strength of his/her talent is the epitome of meritocracy. Artists, and people in general, ought to succeed or fail based on the strength or weakness of their craft, and not because of their proximity or distance from the apex of power.

Still on welcoming/entertaining guests, conspicuously missing were young men and women soaked in red or green paint like was the case in the previous regime where youths were required to paint themselves blue, partly as a sign of commitment to the party and partly as a source of entertainment for party officials. We did better to shove that abominable practice by the side. We can only forgive each for once allowing the laudable joke of leadership that is DPP to take the reigns of power. We learn and we live. We are never making that mistake again.

With the above observations made, it has to be kept in mind that the orderliness and glamour following this event speaks much to the current socio-political environment than mere individuals randomly working towards a particular cause. It speaks of a leadership that is committed to restore order in fact not via speech. Dr Chakwera being the light amongst us has driven out the darkness (chaos) amidst us. Light and darkness cannot coexist neither can order and chaos. Light drives out darkness same way orderliness drives out chaos. It’s impossible to have a president who believes in order and have an administration characterised by chaos. That can never happen.

In closing, we hereby submit as follows. If collaboration on this single project led to the success of the summit, making it a routine shall surely mean permanent progress. We need to be conscious of the fact that nation-building is a result of teamwork. Everyone has to bring out their best selves to the game. At any rate, where two people focus on a project, the end result manifests twice as fast because of the extended energy and sincerity between them. Now, imagine what 18 million people can achieve if they decide to work towards a common goal. We can be a case study not only in the SADC region but the world over. To this end, we wish the SADC chair the very best in the course of his chairmanship. 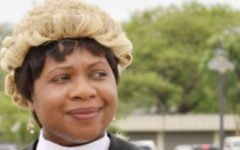