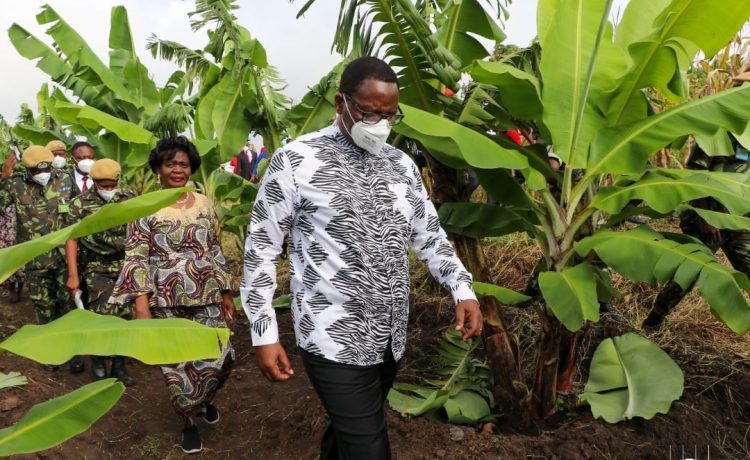 President Lazarus Chakwera has said he will ensure that the government’s Affordable Input Programme (AIP) benefits deserving Malawians, and that it is not fouled by unscrupulous vendors.
AIP
Chakwera said at a development rally at Lunchenza in Thyolo – after earlier inspecting crops in Tholora and M’mambo villages of Traditional Authority Ngolongoliwa – that the government was aware of the vice but said it will be brought to a halt.

“We [Government] will continue to put in place tough measures that protect the Affordable Input Programme from unscrupulous traders as a way of ensuring that it benefits poor farmers,” President Chakwera said.

He said he was “impressed” with the maize situation in the gardens of farmers who, among others, are able to deploy novel methods of farming including new technologies in agriculture.

According to Chakwera, the government would prioritize farmers groups in its plans as he learnt from the testimonies of some farmers that they were effective.

Speaking earlier, TA Ngolongoliwa heaped praise on Chakwera saying much as the AIP was rocked with several problems, his subjects have still benefited immensely.