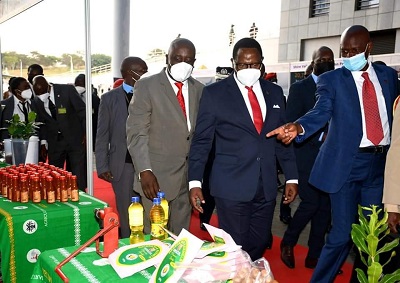 Malawi’s president Lazarus Chakwera was elected on the promise that, among other things, he would create mega-farms throughout the country to help commercialize agriculture and in the process also help end hunger. However, after two years in office, no single mega farm has been established, and the president is not happy about it.

To that end, the President issued an order on Thursday directing the Ministry of Agriculture to open one mega farm within six months. The directive was made at the Bingu International Conference Centre in Lilongwe during the official start of the 2022 Agricultural Productivity and Commercialization Conference.

“It’s been thirty-eight months since I launched a manifesto that included the promise to create mega-farms to boost agricultural productivity and commercialization…” recalled the President.

The President in his speech emphasized that what the country lacks is not policy direction, investment possibilities, or public announcements regarding agricultural productivity and commercialization through mega-farms, but rather the Ministry of Agriculture’s implementation of these policies and pronouncements.

“After two years of my Administration, the ministry has yet to produce a single mega farm anywhere in the country, and this is a failure I no longer have the patience to abide. For this reason, I am giving the Ministry of Agriculture six months to produce results that the eyes of Malawians can see. We cannot go into 2023 with this business-as-usual approach. Not on my watch,” said the President.

The President concluded his remarks by saying that he does not expect another conference where people listen to themselves speak, but rather action and results. He told the Ministry of Agriculture that he expects, in the next growing season and the next crop inspection tour to “include the inspection of one or more mega-farms in the making.”