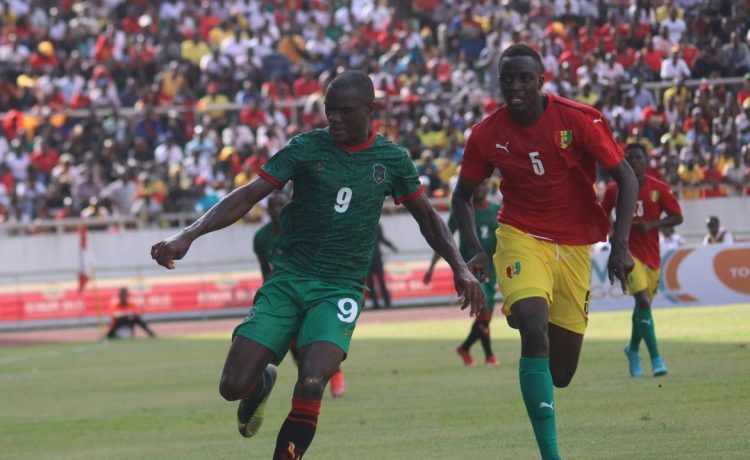 The soccer-loving Malawians who went to watch the match between Ethiopia and Egypt at Bingu National Stadium in Malawi’s capital Lilongwe had mixed feelings at the end of 90 minutes.

The local fans were ecstatic as Ethiopia, the team they were supporting, had won the game 2-0, but their joy was short-lived when they learned that their team, the Flames, had conceded a goal in extended time to lose the game to Guinea by one goal to nil at the General Lansana Conté Stadium in Conakry.

Clearly, the Marinica boys only had one goal in mind when they traveled to Conakry: to get a single point. They came close, but  Liverpool star Naby Keita showed his character and experience in the dying minutes capitalizing on the blunder and loss of concentration by the defenders to score the game’s solitary goal, giving the home team the maximum three points. The Flames have now lost two games in a row to Guinea, having been defeated by the same margin at the AFCON championship in Cameroon in January this year.

In Malawi’s capital Lilongwe, Ethiopia used its home-ground advantage at the Bingu National Stadium to defeat Egypt’s Pharaohs by two goals to zero, both goals coming in the first half, much to the delight of their local supporters who cheered for them throughout the match played under floodlights.

The win by Ethiopia, which was beaten by Malawi by two goals to one in their opening game, as well as the win by Guinea at home, means that group D is now open to any side to qualify since all three teams have three points thanks to Egypt’s one-goal victory against Guinea at home.

The next round of games will take place in September, and it is at that point that we will be able to tell which team will possibly qualify for the AFCON finals, which will be held in Ivory Coast next year.