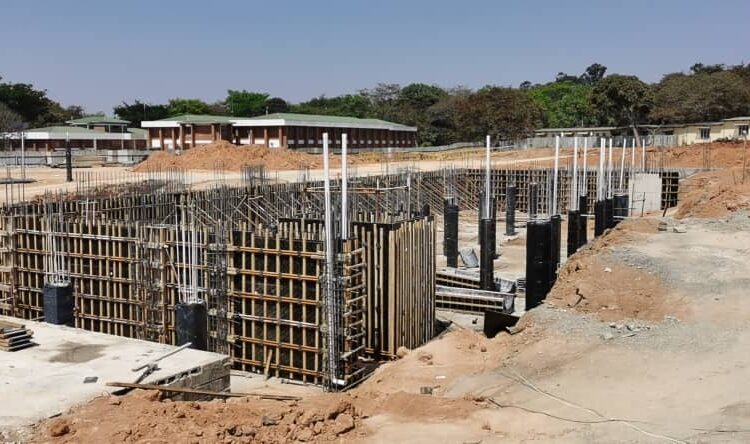 September closed with a checkmate to the Foundation for Irrigation and Sustainable Development (FISD) Limited as China State Construction Engineering Corporation (CSCEC) Limited obtained a Stay Order stopping the execution of the judgement in which the High Court presided by Justice Manda ordered that CSCEC should pay FISD a sum of Two Million United State Dollars.

The ruling was concerning a case that was brought before the court by FISD accusing CSCEC of breaching a Strategic Co-operation Agreement that was allegedly entered into by the two companies. Among the specifics of the said breach, FISD claims has not yet been subcontracted despite that construction works have commenced at the project site.

The alleged breach is related to two contract projects that CSCEC has allegedly signed with the Malawi Government, one of which is the construction of Mzuzu University Library and Auditorium and the other, Rehabilitation; Upgrading and Expansion Works for Karonga Town Water Supply System.

According to claims outlined in the 15th September ruling, the Strategic Cooperation Agreement which was entered on 11th September 2020 was requiring CSCEC to subcontract at least 3 percent of each contract awarded to it, to FISD up to 30th June 2021.

On 21st April 2021, some two months ahead of the deadline for the survival period of the Strategic Co-operation Agreement, FISD wrote a letter to CSCEC accusing it of breaching contract, saying the company had not yet given any works to FISD. By 5th May 2021, some 25 days before the expiry of the agreement, FISD commenced court proceedings which have yielded the current result which CSCEC is reportedly appealing against.

“We refer to Strategic Co-operation Agreement between China State Construction Engineering Corporation Limited (the “Main Contractor”) and FISD Limited Company (the “Subcontractor) entered on 11th September, 2020,” the letter said, continuing that; “in line with our agreement, we signed a subcontract agreement for Contract Number; MU/IPDC/WORKS/07/2019 for construction of Library and Auditorium for Mzuzu University amounting to MK7,023,900,526.18. From this project you subcontracted us works of up to MK2,107,170,900.32”.

In reply, CSCEC, through its lawyer, responded on 26th April 2021 arguing that no breach of contract had occurred.

Despite mentioning in the letter that the Chinese company subcontracted FISD with works whose value was stated, FISD accused CSCEC in court that it had not honoured the subcontract deal that was established by the Strategic Co-operation Agreement.

Last week, the National Construction Industry Council (NCIC) issued a stop order on the Mzuzu Library and Auditorium construction project citing alleged non-compliance with subcontracting policy. By the time this stop order was being issued, reports had it that the construction of the library infrastructure was still in its foundation stages.

Sub-Contract Agreements that The Nation has seen specifies that FISD would carry out all sanitary (plumbing) works and electrical fittings once the structures have been constructed. In view of this, the Chines firm has argued that the only time when FISD would be required to do its work components has not yet arrived since the structure is still in its foundation stages.